Jason Hancock, 46, is an American actor and TV personality in Japan. In 2016, he founded Special Beauty Japan, a pageant celebrating the unique talents of special needs youth. This year, he is an on-call announcer for Olympics events at the National Stadium and for track and field events for the Paralympics.

1. What brought you to Japan? My first job was as a teacher in Fukushima Prefecture. It was a compromise with my parents, as I wanted to move to New York to pursue a career in the entertainment industry. Coming to Japan for a year — famous last words — was the time for me to decide what I wanted to do with the rest of my life. Much to their surprise, my interest in working in the Japanese entertainment industry kept me here and did not take me back stateside.

2. As a reporter for NHK World, what story are you most proud of? On a show called “Tomorrow,” I was able to travel to Tohoku and interview families as they strived to rebuild their lives after the earthquake and tsunami. Their stories are those that really stand out as pieces I’m proud to have taken a part in sharing. It really helped me see the Japanese fighting spirit.

3. Any behind-the-scenes bloopers you can share? I realized I get seasick … while I was on location on a boat. We were shooting the opening segment for a show called “Out and About” and as I said, “Today we are here off the shore of beautiful Eno… Enoshim…” I threw up over the side of the boat. The team was really understanding and great about it, they said they wouldn’t use the take and we took another shot of me walking and doing the intro.

The producers, however, thought it would be more interesting to show me throwing up — and now the whole world knows I get seasick. 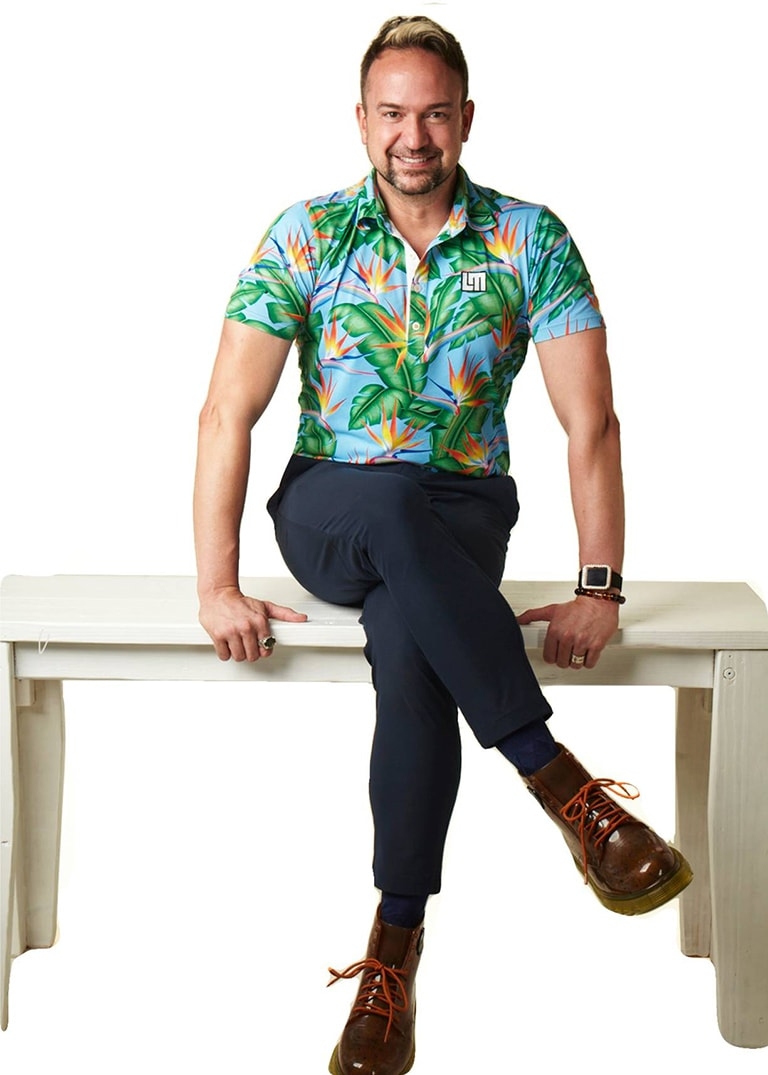 4. Are there any stereotypes about reporting on Japanese TV you wish didn’t exist? Being a food reporter on TV isn’t as easy as it looks. Some may think it’s just eating and saying, “Mmmmm, tastes good!” and that’s all there is to it. What they don’t realize is how much you really need to do to explain what food tastes like. Not only is my ability to describe something tested, but my acting abilities are also challenged. To be honest, I don’t like seafood and I don’t drink, so reporting on food culture with a heavy fish influence has not been easy.

5. What inspired you to found Special Beauty Japan? I was inspired to launch it after seeing a similar program stateside. When I found that there wasn’t an organization like it in Japan, I decided to start one myself.

It has been an arduous endeavor, but very rewarding. Right now, special needs youth come from all corners of Japan to be a part of the magic. Families travel from as far as Hokkaido and Okinawa to participate. My dream is that instead of them coming to us, we can go to them. I want as many youth as possible to experience Special Beauty Japan.

6. The pageant is set up with different rounds — runway walk, interview, performance — so what do participants get most excited about? Those that have practiced their walk really look forward to showing what they can do on the runway. Some have incredible comedic, athletic, musical or artistic gifts that they are excited to perform for a large audience in the talent round. Others have big dreams that they are excited to share in the interview round. Personally, I get most excited about watching the students from Yamano Beauty College connect with their participant as they do their hair and makeup in preparation for the show. Each year, unlikely friendships are formed, and seeing that bond is so special to me.

7. Special Beauty Japan 2021 was held in May after being postponed last year. Was it tricky to pull off the show during the pandemic? Most definitely. We had guidelines from the country, city, school, theater, cooperating sponsors and our own organization that we were required to follow. It would have been easy to look at this long list of requirements and postpone the event again, but watching graduations and other events that people look forward to get canceled, I couldn’t imagine telling our participants that our event wasn’t going to happen this year.

I used the guidelines as our instruction manual and my team was extremely accommodating. The parents and participants were understanding of the changes and what we could and couldn’t do.

8. Imagine a fully inclusive Japan. What would society look like? A fully inclusive Japan is having those with special needs and abilities attending the schools they want to, working in jobs they love and receiving equal pay. It’s two dads dropping off their child at school with the other parents, it’s celebrating each other’s diversities and differences without prejudice. It’s non-Japanese taking their proactive part in learning Japan’s beautiful language, history and culture, while the Japanese accept our learning curve and background. It’s barrier-free, judgment-free and full of mutual cultural understanding. The best thing is, I feel our generation has the ability to bring this closer to a reality.

9. How did you get the announcing gig for the Tokyo Olympics and Paralympics? I have hosted a national cheer competition here in Japan for years, so I am no stranger to screaming into a microphone in front of thousands of people. An agency I work with contacted me a couple of years ago and asked if I was interested in being considered for an arena announcer position at Tokyo 2020. After I put them on mute and screamed with excitement, I calmly accepted.

10. Did you know much about track beforehand, or have you been doing intensive preparation? My sisters were both track stars, so there is a definite feeling of nostalgia and excitement. I know the rules and how a track meet flows. I also know how much work goes into something that can be over in less than 10 seconds. Watching the athletes’ victories and defeats can be both heartwarming and heartbreaking.

11. The Paralympics often receive less attention. What should be done to give them a boost? I think there has been a positive shift in the balance in coverage compared to the past, but it still isn’t equal. I think if Paralympic athletes were featured in the media leading up to the actual Games, then the public would know more about them and want to cheer them on.

Broadcast entities want to give the masses what they want to see, so if everyone was as invested in cheering on the Paralympic athletes then they would be able to see them as easily on TV.

12. How do you stay so cool and collected on camera? That’s very nice of you to say! I’m usually freaking out on the inside when I’m on stage or on camera. I have a few things I like to do before I am “on,” though. When I can, I’ll find a quiet place to listen to some of my favorite music, take a few deep breaths … and then I do eye drops, mints, ChapStick and a spray of cologne.

13. Has anyone ever recognized you on the street? Yes! I’ve been stopped on the street, on the train and at restaurants, and I love to take pictures, sign autographs and give hugs and high fives to people that support me. There’s definitely a sense of validation when this happens.

Once, at a local bath, I was sitting with my fellow bathers and my show came on the monitor. They watched with interest and learned a new phrase, but didn’t recognize that the guy on the TV was actually sitting completely naked next to them!

15. Have any athletes particularly inspired you this Games? I’m an Allyson Felix fan. This is her fifth Olympics, which means she has been competing at this level for more than 20 years. This year she is running as a mother (gasp!) and I saw an interview with her in which she said she wanted her daughter to see her run. Well, her daughter is going to be joined by me and the rest of the world as we cheer her on for what could be her 10th Olympic medal.

16. What qualities do you like in a friend? Because I’m super chatty, I’m drawn to those who are good listeners. My siblings were my first friends, and laughter seems to be one of the only genes that we share. I love to spend time with people I can share a good conversation with and have a laugh.

17. Quick, you have to break out a dance move! What are you going to do? I’m sure my Roger Rabbit hasn’t gone out of style!

18. After checking out your Instagram I have to ask, what’s the deal with all the face masks? I’ve got a drawer full of washable masks that I try to coordinate with what I’m wearing. My masks with bling seem to be higher in the rotation than others, because you can never have too much bling. I also like to wear masks that are made from repurposed clothing, especially kimonos.

19. Have you picked up any “pandemic hobbies”? I’ve discovered the fun of yoga in my living room. Originally a replacement for not being able to go to the gym, now I look forward to getting my mat out and my namaste on! I’ve also become more adventurous in the kitchen, trying new recipes and challenging myself with new dishes is something I think I will continue to do.

20. What’s the best piece of advice you’ve ever received? A quote from Marianne Williamson that wasn’t given directly to me but that I take when I need it: “Our deepest fear is not that we are inadequate. Our deepest fear is that we are powerful beyond measure. It is our light, not our darkness, that most frightens us.”