The deeper meaning behind the Tokyo Olympic Stadium

TOKYO -- Billions of people watch the Olympics. It's where stars are born. And usually, the first star of the games is not a person but where the opening ceremony takes place.

The beauty of Japan lies within its simplicity: a vivid green rice field, the powerful Pacific and centuries-old temples. In Japan, it is about connection to nature, tradition and culture where the smallest gesture makes the largest statement.

In this society, to simply give a gift - not expensive but meaningful - is so important. It's a

sign of respect. When you come to visit, it's common to receive a gesture of welcome.

The gift David Ono received when visiting Japan? A book. And inside the inscription says, "To David" and signed "Kengo Kuma."

Kengo Kuma is the architect who designed the Japan National Stadium, the grand stage for the Tokyo Olympics. His latest creation will soon be the center of the universe, achieving a level of fame reserved for only the finest in the world. Yet, this thoughtful man took a moment to welcome a stranger.

The stadium is not just a building, it's a symbol of Japan. Instead of a giant behemoth of just concrete and steel, Kuma added something he sees as very important to Japanese tradition: wood. He used 47 types of wood from the 47 prefectures that make up Japan and, as big as the stadium is, he still wants it to show just the opposite: the smallness of Tokyo. 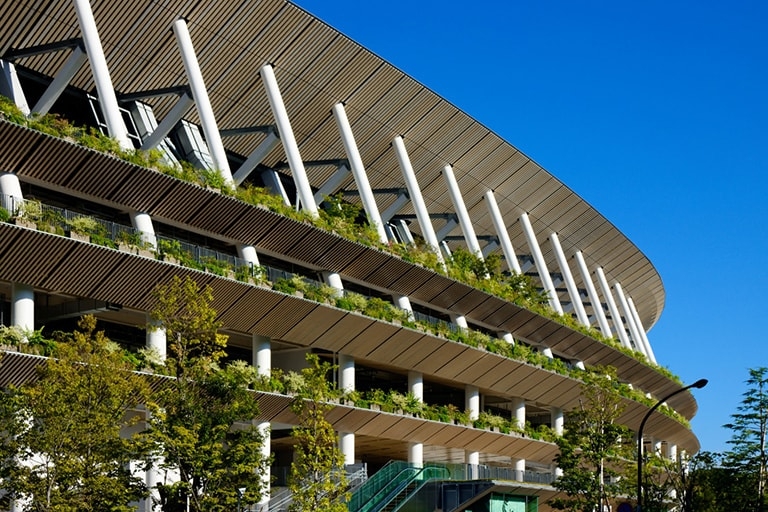 In a daring move, Kuma designed the giant venue without air conditioning.

"We tried to bring natural wind inside the stadium and without air conditioning, the people can feel the breath of wind. And we did use computers to optimize natural wind," Kuma explained.

It's not a nod to nostalgia, but about building for the future and being in harmony with the Earth.

In Japan, there is no political debate about global warming, but rather there is an understanding here that we have to change. And in front of the billions who will be watching the Olympics, Kuma's Olympic stadium could be a unifying force and "be a very strong message to the world" says Kuma.

Even though most of the world is just discovering the brilliance of this architect, you'll find his work all over Japan. Turning the pages of his book, one finds incredible creations that are all pushing the theme of sustainability.

Kuma uses an ancient Japanese technique called Hell Joints where cypress wood is weaved together creating incredibly powerful stability. This technique was used to build a local cake shop in Tokyo. But there are no columns holding up the three-story building, just the weaved wood capable of withstanding Japan's powerful earthquakes.

From a "one of a kind" Starbucks where the wait is an hour, to refurbishing a 350 year old temple, Kuma's work is everywhere. 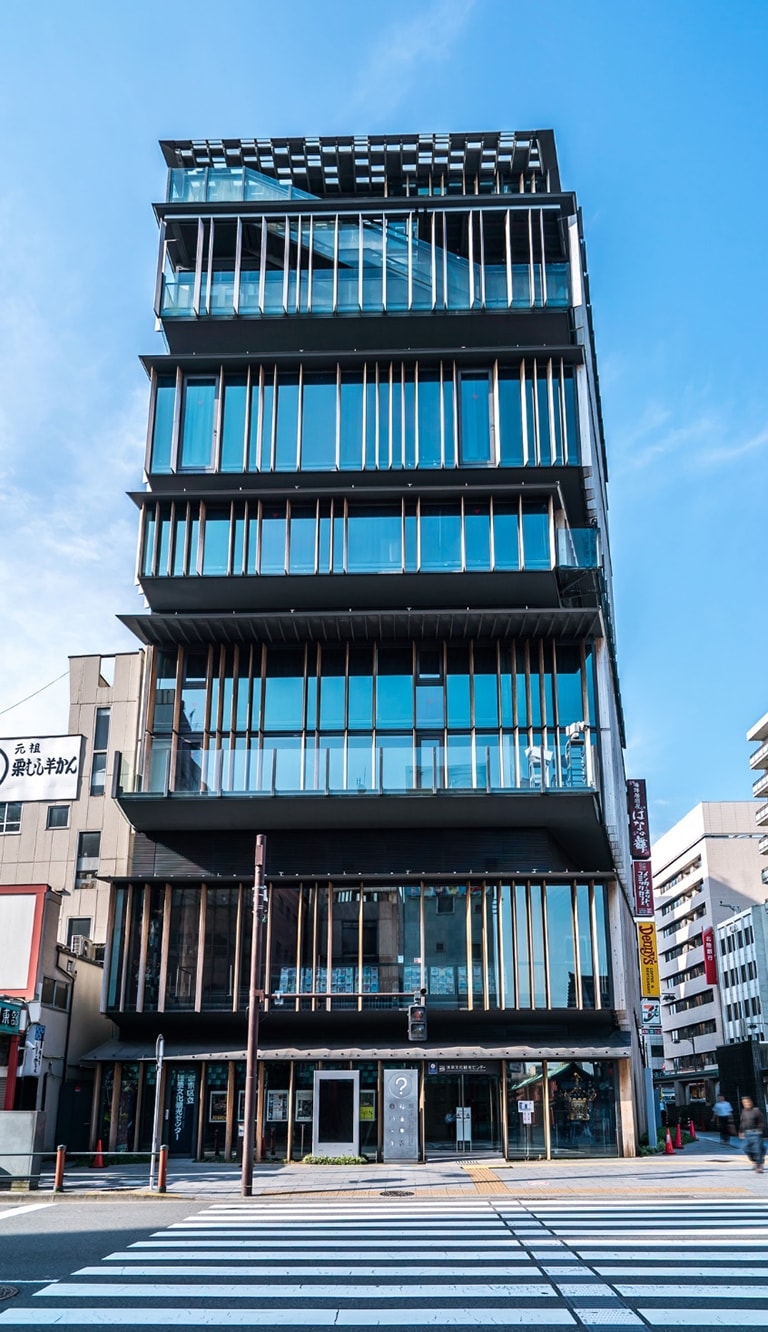 He even designed a mobile home, made of wood of course, that people can buy. It is called jubako meaning "trailer house."

Kuma's son Taichi, an architect himself, showed David Ono around an exhibit of his father's work. On display were scale models and photos of ingenious buildings that now stand all over the world. Each one is unique for its purpose and place.

In Kuma's designs for the Japan National Stadium, Taichi points out a subtle but inventive detail: each seat is a different color so that it always makes the stadium look full. "It's under construction so it's empty but it's almost like there's a human right there, all the colors. 'Oh my God, it looks like there's a full stadium,' - exactly," explained Taichi Kuma.

It's an important illusion in our empty COVID world.

"He thinks very intuitively, he's not always thinking with his brain. He's also using his body to feel his environment," Taichi remarked.

In Kuma's office, where his designs are born and come to life, it's clear there is a lot of work going on. And it's not surprising this high-rise building has a perfect view of his latest and soon to be most famous creation.

Kengo Kuma's work is in the United States as well, in Portland, Oregon and Dallas, Texas. And there are reports that, if all goes well, a new project is coming to Los Angeles. (Credit：KABC7)