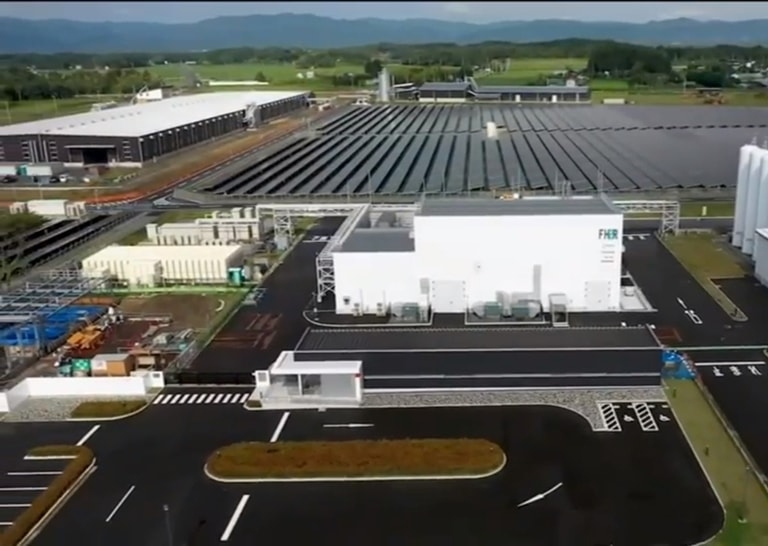 NAMIE TOWN, Japan - With billions of people watching the Olympics, the host country is using the Games as an opportunity to make a statement.

Ten years ago, a massive tsunami barreled toward the Japanese coastline, killing 182 people.

The Fukushima Daiichi Nuclear Power Plant, which sat right on the ocean, was protected by a 15-foot sea wall, but the tsunami was 50 feet. It smashed through, flooding the plant.

Between the earthquake and the water, even the backup power was knocked out and reactors overheated.

Through a translator, the mayor of nearby Namie Town described the deadly nightmare and how a radioactive cloud descended on his community. The whole town had to be evacuated, he said, with nothing but the clothes on their backs.

Seemingly frozen in time, Namie Town still looks like the day everyone fled. Store fronts remain unchanged, buildings wrecked. Eighty percent of the place is still restricted as crews clear up the radiation, filling up thousands of bags of contaminated material for disposal.

The area that has been cleaned is showing modest signs of life. A local ramen restaurant has had steady business but workers say they are skeptical the town will fully recover. Only one in 10 people have returned.

"We are not pessimistic, we have hope," Mayor Kazuhiro Yoshida said.

That hope is not just for Namie Town, but the entire country. To understand, you have to first know that Japan, unlike the U.S., has no oil. They've had to import or find other means for power, including nuclear, which ended in disaster.

The new plan centers around hydrogen, the most abundant element in the universe, and it burns clean.

In the country's ambitious goal to be carbon neutral, they say hydrogen is the key. So they built a new hydrogen plant in Fukushima, near the old nuclear plant, to turn that hope into reality.

With 68,000 solar panels covering 45 acres, it provides a green source of electricity needed to make the hydrogen. 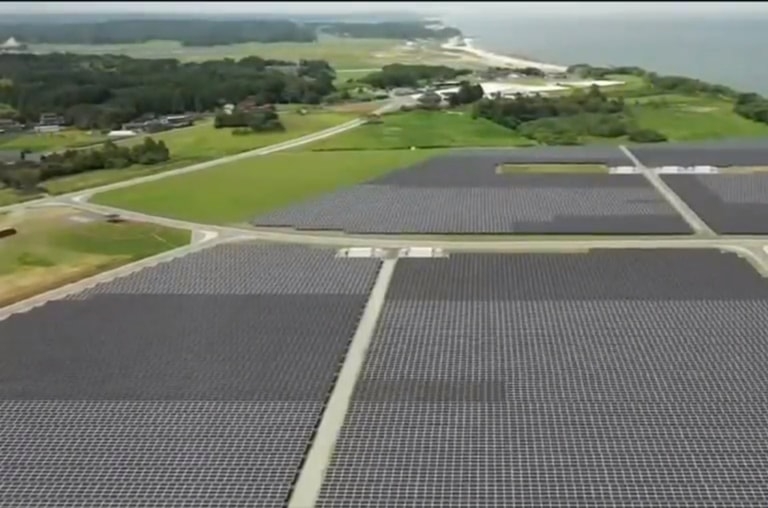 It's a guarded process, but they essentially take power from solar, then take water, and turn it into hydrogen.

"Hydrogen is the only known zero emissions vector that can enable us to get 100% renewable energy into all sectors of the economy," said Dr. Jack Brouwer with UC Irvine, one of the most respected hydrogen experts in America.

He says the facility in Japan is a great example of a new, clean way to create hydrogen and "do whatever we want with it."

When Tokyo hosted the 1964 Olympics, the emerging country used the opportunity to show high-speed rail was their future. Nearly 60 years later, the bullet train is still a marvel.

At this Olympics, the country's message is "hydrogen."

The buses, cars, and even buildings inside the brand-new Olympic Village run on hydrogen, and will continue to well beyond the games. 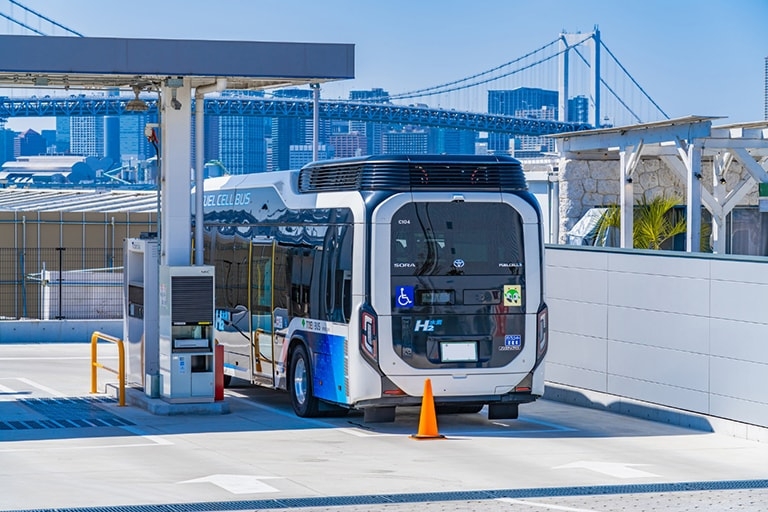 "This hydrogen-based technology will also be utilized after the games as well because the Olympic and Paralympic village will be turned into residential buildings," said Maki Kobayashi.

Even the Olympic cauldron burning in front of the world every day is fueled by hydrogen. So every time you see those flames, Japan wants you to actually see the future. (credit：KABC7)