Cities in Japan, Southern California showing the world that hydrogen is the future 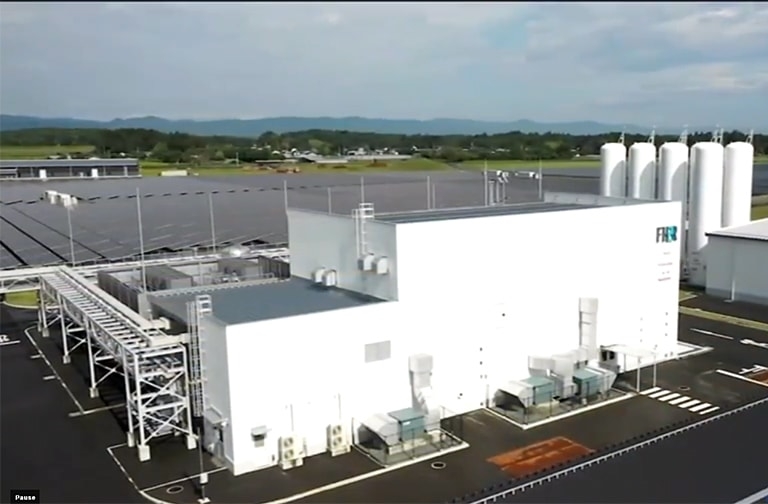 NAMIE TOWN, Japan -- As billions of people watch the Olympics, front and center is the Olympic cauldron, fueled by hydrogen.

It's an important statement Japan is sending to the world: They are on a new path to a clean energy society.

In an Eyewitness News exclusive, David Ono travels to Japan to learn more about this giant endeavor and their surprising partner.

Could this place be the future?

A brand new, totally green, facility in Fukushima produces hydrogen - the most abundant element in the universe.

The plant uses solar energy, then takes water and splits it into hydrogen. The result is clean burning fuel and no carbon footprint.

Ten years ago, in this very place, Japan thought nuclear energy was its future. But when the tsunami smashed the nuclear plant, the need for a new path was clear.

Radiation from the catastrophe turned nearby Namie Town into a ghost town - 80% of it still looks like one.

Mayor Kazuhiro Yoshida of Namie Town says a nearby hydrogen plant means new life for his community. They will soon be the first completely green city in Japan.

"Through this project we will be able to make a new town and the people living in Namie Town can be proud of their own town as carbon free," the mayor says.

Most importantly, they will lead the way for the entire country. Japan's goal is to be completely carbon-free by 2050.

But Namie Town isn't doing this alone. They have a partner - in Southern California - also converting to hydrogen: Lancaster.

"Let me just say that collaboration on hydrogen between Japan and the United States begins right here," says Akira Muto, the consul general of Japan in Los Angeles.

At a ceremony in Los Angeles, the mayor of Namie Town and the mayor of Lancaster made a virtual pledge to begin a revolution together.

"We are proud to be the second city in the world and the first U.S. city to fully embrace hydrogen," said Lancaster Mayor R. Rex Parris.

Climate change has put Lancaster in great danger. Parris has been searching for a way to save the environment and says Japan has found it.

"I think it's inevitable that almost every city in the world will have to be powered by hydrogen," Parris says.

Further south, the University of California at Irvine is leading the way in understanding hydrogen and its many uses.

"We are standing at the precipice of an important realization that the world is coming to," says Dr. Jack Brouwer, director of the National Fuel Cell Research Center at UCI. "If we really want to achieve zero emissions in all sectors of the economy, we absolutely need hydrogen to do it," he adds.

We can make hydrogen from multiple sources. It can be stored, as liquid or gas, and used however and whenever you need it.

"Hydrogen can be stored in the tank and hardly lose any of the energy, even over periods of months to years," Brouwer says. "Whereas a battery, if you charged it today after a year, it has no charge left."

And, yes, it has huge benefits in transportation.

Japan is leading the way with new hydrogen vehicles.

In Tokyo, Toyota has Mega Web. It's basically a mega showroom.

Irvine's Paul Yim has a new Mirai, an innovative fuel-cell vehicle from Toyota.

"Very happy," Yim says. "The car drives really well. It feels luxurious. It's fun to drive and it's an eye-turner actually." 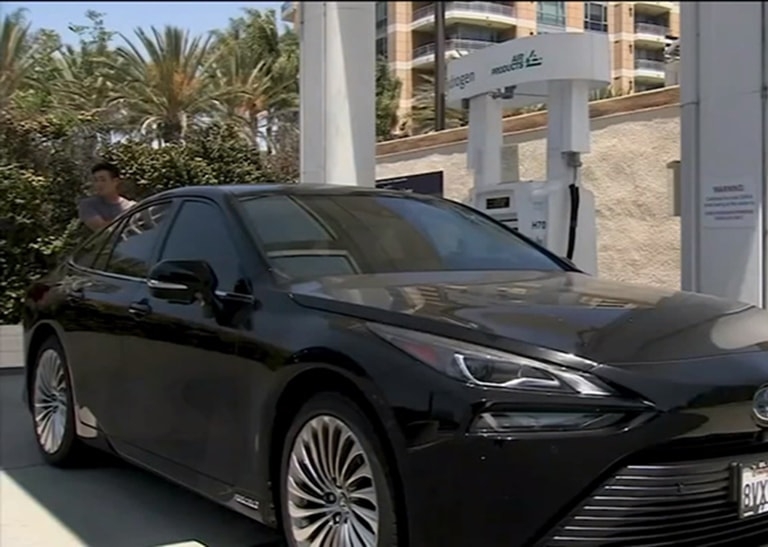 But Yim says beware, refueling is the biggest challenge.

"Because there are not many hydrogen stations around the area you are looking at, sometimes (there's) a 30-minute line and it's just not fun to wait for it."

If you are thinking about driving a hydrogen car, they are priced in the $50,000 range, but there are up to $40,000 in rebates and benefits to make up for the inconvenience of refueling.

Is this our future? There's still a lot to learn.

But 10 years ago, after the tsunami, this was the land of despair.

Today, with this new hope, Japan is back to being the land of the rising sun - which, by the way, is made of hydrogen. (credit：KABC7)