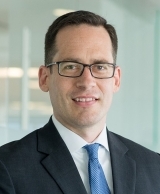 By Richard Fontaine
January 13, 2023
Share
Tweet
Since taking office as Prime Minister of Japan, Fumio Kishida has adopted a proactive stance on foreign policy, working together with the US, EU, ASEAN, and others so that Japan may play a diplomatic role more commensurate with its economic one. At the same time, global crises such as the COVID pandemic and the Russian invasion of Ukraine have created new and unexpected challenges. Mr. Richard Fontaine, Chief Executive Officer of the Center for New American Security, shares his views with Japan Up Close on the current state of US-Japan relations and the changing roles being played within the Indo-Pacific region.
How would you sum up the state of U.S.-Japan relations today? Has the mid-term Congressional election changed the situation in your view?
Ties between the United States and Japan are closer today than they have ever been before—and they are more important than ever as well. The locus of today’s foremost strategic competition is the Indo-Pacific, and Japan represents a key ally and partner in dealing with China. As Japan increases its defense capabilities and becomes more able to take on security responsibilities, the United States increasingly looks to Japan as the key military partner in the region.

The U.S. mid-term Congressional election will not change that situation in any significant way. First, the Congress is not going to change a great deal—the Senate will remain in Democratic hands and the Republican-led House will be closely divided. More importantly, support for a close U.S.-Japan relationship has long attracted bipartisan support, and America’s preoccupation with the Indo-Pacific—and its desire to strengthen ties with key regional allies—is common among both Republicans and Democrats. That bipartisan consensus will drive the United States’ continuing, close relationship Japan.


You also have considerable experience on South Asian issues. How do you judge what the Quad group of nations have done?
The Quad has transformed over the past few years from dormancy, to a meeting in search of an agenda, to an actual group of countries that is having tangible impact. This includes the Quad vaccine initiative, which intends to supply a billion vaccines in Southeast Asia, consultations among the countries on technology and security-related issues, diplomatic harmonization, and more.

The potential for the Quad to do more together in this framework is quite high. As it does so, it could also bring in other Indo-Pacific countries to join specific lines of efforts on issues like critical minerals, emerging technologies, infrastructure, health, and climate change. Key to its success, however, will be ensuring that the grand announcements—like the vaccine initiative— are fully executed.


Within the Quad, India in some ways seems the outlier, resisting any defense-related cooperation even as it faces its own threats from China. Can you offer some insights into the Indian viewpoint and whether it is changing?
India is not allied with any other Quad country and has traditionally pursued an independent foreign policy. But the transformation of the U.S.-India relationship over the past twenty years has been dramatic. It has moved from almost no cooperation to cooperation in several areas related to joint military exercises, military exchanges, weapons sales, intelligence sharing, and other activities.

From the Indian viewpoint, I think New Delhi would like to balance the retention of its independent foreign policy with the bolstering of its position by closer ties, especially in security terms, with members of the Quad—not only the United States, but also Japan and Australia. Its major worry now is the territorial land border with China. Being embedded with Quad countries can be helpful. They won’t fight together with India, but they can share technology, military equipment, and information in a way that can strengthen the Indian position.


The massive Russian invasion of Ukraine has taken almost everyone by surprise and changed views in some nations very quickly. What does this potentially mean for Asia and especially for Japan?
The stakes in Ukraine are nothing less than the future of the rules based international order, whose cardinal principle is the prohibition against territorial conquest. That applies not only to Europe, but also to Asia, and it’s precisely why you see countries like Japan or South Korea, and across the Indo-Pacific, including Singapore, New Zealand, and Australia joining in sanctions on Russia. They are all trying to punish the Kremlin and strengthen the hand of Ukraine even though they are a long way from the actual fight. The ultimate position of Ukraine will carry with it lessons for the next would-be aggressor about what they can get away with, and the price they may pay for aggression.

The alternative to rules based international order is the law of the jungle, where big countries can swallow their neighbors by force and do so without significant costs. Countries across Asia are joining the United States and Europe to try to make that impossible. Every country in Asia, especially Japan, has a strong interest in seeing Russia fail, in Ukraine maintaining its territorial integrity, and not rewarding aggression.


Japan moved quickly to condemn Russia for its actions and joined its G7 partners in strong sanctions. Tokyo has traditionally been seen as more risk-averse in such situations. Do you see this as a new face of Japan?
The situation in Ukraine is extraordinary, as the first state-on-state land war in Europe since 1945. Japan's more prominent role than in the past demonstrates how the stakes of what is happening in Ukraine translate directly to what may or may not happen in Asia. Tokyo has seen the stakes as such and has stepped up accordingly.