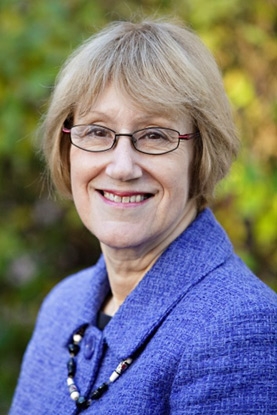 I visited Japan for the first time in November 2014, as a guest of the Japanese government. I spent four days in Tokyo and two days in Kyoto, and the timing was perfect, as it enabled me to enjoy the spectacular beauty of the trees with their red and gold-brown leaves in the many gardens I walked in.

My guide, from the International Hospitality and Conference Service Association – Takako Shimizu – was an excellent and indefatigable companion, whose English was wonderful, and who showed me around both Tokyo and Kyoto. We went first to the Edo Tokyo museum, where I was able to test my knowledge of modern Japanese history against the exhibits displayed vividly on the different floors of the museum. We then visited the Imperial Palace East Garden, and I was particularly interested in the small museum there which had a special exhibition showing in photographs the journey on which His Majesty the Japanese Emperor travelled to 14 western countries in 1953. While in Tokyo I also visited the first of many Buddhist temples – the Sensoji Temple – which was very crowded. I managed to persuade my guide to let me visit one or two shops in the Ginza district, and was able to purchase some beautiful laqueur ware to take back to the U.K.

I very much enjoyed my visit to the Japanese House of Councillors, within the National Diet of Japan. It is a very prominent building in Tokyo, a rare survivor from the pre-war period, and I was very interested to be shown around it. In the beautiful Reception Room of the President, I met again with the three members of the House of Councillors, led by Masaji Matsuyama, who I had had the pleasure of showing around the House of Lords in August. They wanted to hear from me about the recently held Scottish referendum, and about whether I thought the UK would leave the European Union, and we had a short discussion on these topics. I was also privileged to meet with two prominent and very eminent Japanese academics, Shinichi Kitaoka and Seiichiro Takagi, who talked to me about a range of international security and foreign policy issues, especially relating to the Pacific region and to east and south east Asia.

I met with a number of representatives from the Ministry of Foreign Affairs, mainly from the European Affairs Bureau, and enjoyed some excellent hospitality, including one or two traditional Japanese meals in very atmospheric eating houses – by the end of my visit, I became almost proficient in the use of chopsticks.

In Kyoto, I was very interested to visit the former official residence of the Tokugawa shogunate, and a number of Buddhist temples including the Kinkakuji Temple – the Golden Pavilion – and the Ryoanji Temple – a Zen temple, famous for its rock garden. I was also taken to the theatre, the Gion Corner – to learn about the traditional arts of Japan, and was shown a short version of the Japanese tea ceremony in the Fukujyuen tea shop. I became addicted to powdered green tea during my visit, and took back with me to England two canisters which I am still enjoying! I also enjoyed walking through the bustling Nishiki market and looking around Gion Shirakawa, a historical preservation area. The walk up a steep hill to the Kiyomizu temple was well worth while for the beautiful view I got of Kyoto through the bright red and orange trees.

It was an unforgettable week, and I am most grateful both to the Japanese government, and to the officials in the Japanese embassy in London who helped to facilitate it.