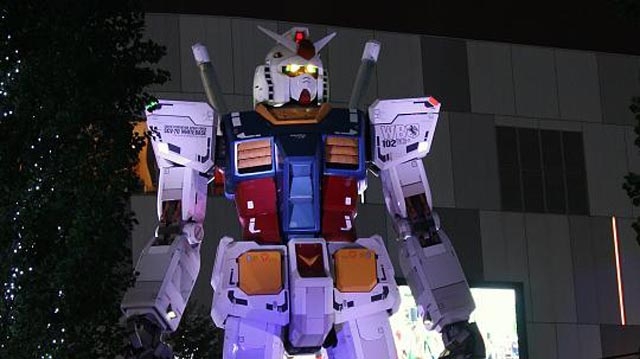 Actually, the intend of the tour of the “RheinischePost”-editor in Japan was to focus on the hard facts such as security and energy policy or the future of the heavily damaged Fukushima region. But of course, a little opportunity for a curious look around remained for him.
In four parts “Marvellous details of Japanese workaday life”, Michelis reported about the every day life of Japanese citizens in the eyes of an uniformed foreigner coming from Europe.
He wrote about it in a humorous way and with of lot of sympathy, but also - artificial - a little bit “simple hearted”.
Polite, disciplined, always perfect in time and sometimes crazy, so the everyday life in Japan acts in the eyes of this visitor coming from nearly 10,000 kilometers away.
Michelis exposed two rosy-cheeked Snow Whites (Manga followers) waiting in line at a theater in the evening for exemple, the toilet in the hotel as a technical marvel with a heated seat and warm water and a cuddly therapy-seal for seniors which is a sophisticated robot.
And the first glimpses of the European are directed at the countless colorful and lit vending machines, which seems to exist on every street corner in Tokyo.

Originally published on RP Online on Oct. 30th, 2015 (The original article is in German).

Short summary of the articles of Mr. Helmut Michelis, who visited Japan in October 2015 reporting for the „Rheinische Post“, one of the leading regional daily newspapers and internet-media in Germany. Michelis spoke with politicians, military authorities, experts like scientists, which are developing renewable energy, peach farmers, fishermen and other citizens. The editor published his reports about his experiences made in various towns and institutions allover Japan in the newspapers of his company like NGZ (Neuss-Grevenbroicher Zeitung) and its internet-disclosures like “RP Online” and “RP plus” (for iPad-readers especially).