Sarah: The Japanese preacher who roams the country to spread Islam 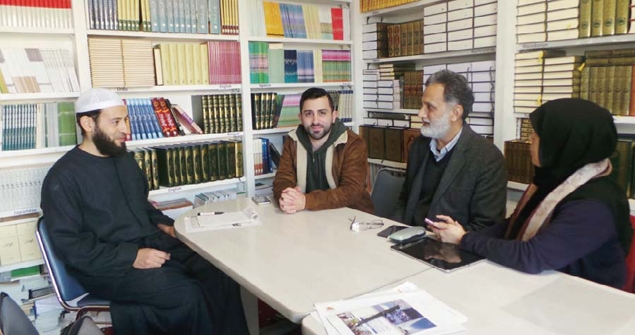 Nagoya hosts a mosque that was completed in 1998, and was established by a group of students from Sudan, Pakistan and several countries who were studying in Japan, and is run by the Nagoya Islamic Society headed by Pakistani Abdelwahab Quraishi with the help of his Japanese wife Sarah, who is considered the most traveled female preacher in the country, who moves between cities and islands to spread Islam at the request and encouragement of her husband who believes that the best way to reach the Japanese is through citizens like them.
Quraishi, Sarah and the masjid’s Egyptian imam Ahmad Al-Alami happily speak about its history and visitors, including the Haram Imam Sheikh Khalid bin Hameed, and they say that the main reason for constructing it is the harassment students faced from the owner of a flat they rented to meet and pray as he feared he may face problems with the government.
Another issue that worries Adbelwahab and Sarah is halal food, which some businessmen attempted to turn into a major and complex issue, while they are trying to convey the message to the Japanese and especially restaurant owners that creating a halal environment of food and services for their customers is something easy and possible.
Sarah is proud that her four Muslim children speak Japanese, Urdu and English. She is active on Facebook and is in connection with a group of major preachers who are Japanese academics, who are able to help her, including Dr Kamal Ukoda. The mosque’s library provides copies of the Holy Quran and Islamic publications in several languages including Thai, Chinese, German, Bengali and others.

The most prominent propagandists in japan, including Sara.