For chef Yoko Higuchi, honesty is the best policy 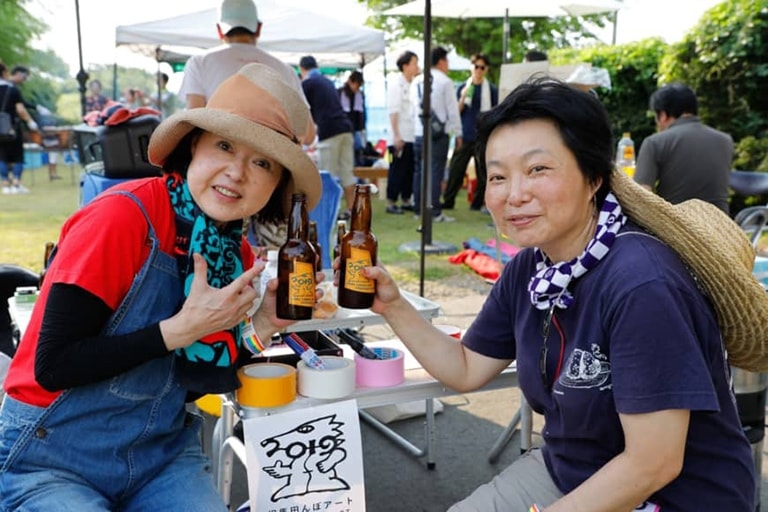 Chef Yoko Higuchi knows what it takes to get Fukushima Prefecture’s agricultural produce back on the map: honesty. “My customers trust me not only to give them good food, but that it contains what I say it contains, that it comes from where I say it does,” she says. “If I lie, I harm them and the people here.”

“Here,” for Higuchi, is Nihonmatsu, Fukushima Prefecture. Fukushima’s eighth largest city, Nihonmatsu is a little over 80 kilometers northwest of the now crippled Fukushima No. 1 nuclear power plant. Because it was directly in the path of radiation released by the plant’s explosion in 2011, decontamination and monitoring activities remain ongoing. As a result, growers in the area continue to face concern and fear about the safety of their produce.

Higuchi uses locally grown organic or pesticide-free produce and rice, and includes testing information on all the products and ingredients she uses in her cooking classes and events. Her dedication to organic produce goes back to the early 1990s, when she first encountered it during her yearlong residency at a hotel in Alsace, France, after graduating from the Tokyo Culinary and Confectionery Arts Academy.

Higuchi was impressed by the quality of French farmers’ produce, but also their ethos. “Organic farming is environmentally friendly,” Higuchi says, “but I was really struck by their consideration of everything that lives on the Earth.” After returning to Tokyo, Higuchi eventually opened Soleil, a French restaurant that focused on organic ingredients. 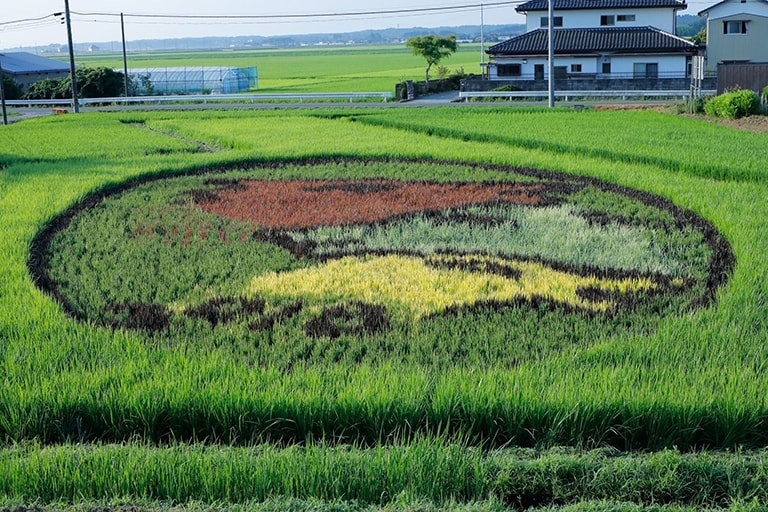 Fielding hopes for recovery: By early summer, the horse design of rice plants for the 2018 Soma Tambo Art Project is visible in a field in Soma, Fukushima Prefecture. | COURTESY OF THE SOMA TAMBO ART PROJECT

Although her current residence may seem odd for a chef trained in classic French cooking techniques, Higuchi sees it as the logical outcome of a number of events, the first of which occurred on March 11, 2011.

Higuchi was running errands in Tokyo when the 9.0 magnitude quake struck. “There was no shaking in Tokyo when the Kobe earthquake happened (in 1995),” she recalls. “It didn’t affect my life. This time was different.

“Fukushima was one of the main places my produce came from,” she continues. “Those farmers were part of the foundation of my work (as a chef).”

She joined the 500,000 volunteers who poured into Tohoku in the early months after the disaster and, in 2012, became part of La Caravane Bon Appetit, a group of French and Japanese chefs dedicated to feeding people in Fukushima Prefecture. Several years later, when architect Kinya Maruyama, a family friend, asked her to help cook for the volunteers participating in the Soma Tambo Art Project, Higuchi readily agreed.

The annual project began in 2014, the first year rice could be grown in affected areas. It involves planting different varieties of rice in a pattern so they become an image as they grow, a move designed to boost local morale and draw positive attention to the region.

As she became more involved, Higuchi realized Fukushima needed more than volunteers and sporadic events. Despite both local and national efforts, in the first two years after the disaster, roughly 45,000 people left the prefecture. Real recovery, she reasoned, required people to run businesses and work in the ports and fields. Higuchi decided to buck the trend and relocated from Tokyo in 2017, permanently.

“I’d been thinking about moving to the countryside anyway,” Higuchi says. “Life would be slower and the cost of living lower.” Her restaurant, Soleil, was a mixed blessing: She loved being her own boss, but the long hours and financial pressures took a toll. “The stress was incredible,” she says. “I was exhausted.”

She closed Soleil and, by February 2017, began working with the Yuki no Sato Towa Hometown Development Council, a local organization founded in 2005 to promote regional development through organic farming.

Today, Higuchi collaborates with local organic farmers to create products, like the Satoyama Hamburger Veggie Sauce, from their cast-off vegetables to sell at the nearby michinoeki (roadside station), and is helping develop plans for a processing facility. She also offers cooking classes for residents and visitors to teach French cooking techniques, but also how to make informed decisions about food.

Ultimately, Higuchi believes the growers and producers in Fukushima Prefecture deserve an objective appraisal from consumers.

“I worry about the damage caused by rumors and a lack of accurate information. All food sold in Fukushima Prefecture is tested for radiation. However, consumers also need to consider the use of pesticides, fertilizers and additives. I respect their choices, but they should be informed,” she says.

“I want people to be able to decide for themselves what they want to eat, not just the ingredients and the particular dish, but also its safety.”