Homeland of the Japanese Heart
By Yuko Iida
March 23, 2015
Share
Tweet
Born in Tokyo in 1960. Graduated from the Nihon University College of Art, Department of Photography. Awarded a bronze medal in the 1982 Japan Professional Photographers Society Exhibition for her series Kaze (Wind). Subsequently she exhibited at the Nikon Salon and in many other exhibitions. Iida has published many photographs in the media related to travel, nature and culture in local regions of Japan and overseas. For 25 years she has been photographing the village of Kawaba in Gunma prefecture, examining the interaction between the city and mountain villages. She has also been going to islands in the Pacific for 20 years, recording the life and culture of the native peoples there.
http://yukoiida.main.jp/
Author of Desert Alive, IPC; Fijian Magic, Chihaya Shobo; Utsukushii Nihon no Mura Kawaba (Kawaba, A Beautiful Japanese Village) The photo collection Ustsukushii Nihon no Mura Kawaba can be ordered at this address: yukopict@mac.com

Mt. Hotaka towers over northern Gunma prefecture.
The village of Kawaba at the base of Mt. Hotaka is a place where rivers meet, as the characters in its name suggest.
Rice, apples and konnyaku jelly made from devil’s tongue rhizome are its main local products. Everyday, farmers go out into the fields and labor in silence over their work throughout the changing of the seasons.
The village has nothing in particular to attract visitors. But there is scenery, like something from a picture scroll, that enfolds to all who go there. This is the furusato, the spiritual home of the Japanese, which for two thousand years has been the setting for their daily life. 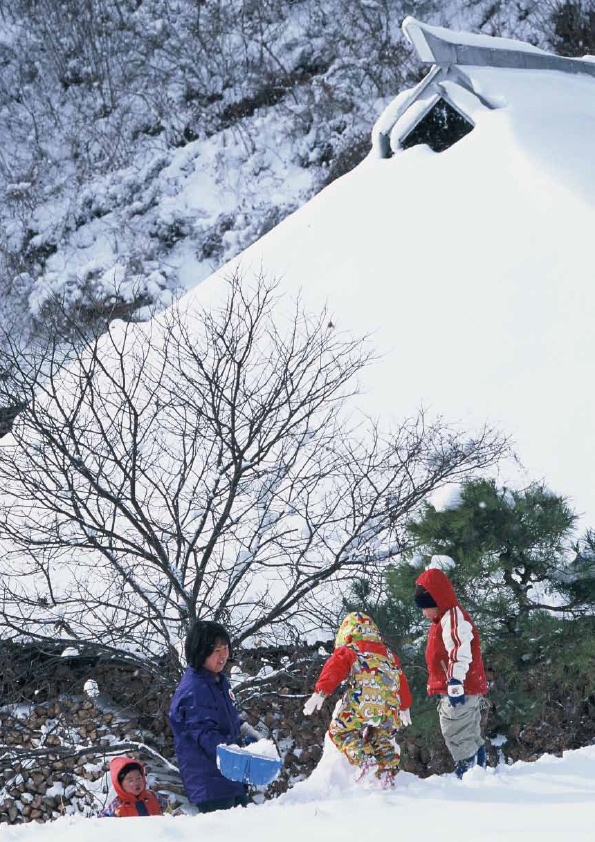 Several times a year, The snow-laden clouds usually blocked by Mt Hotaka Clear the peak and blanket the whole village with snow.
Children absorbed in play forget about the cold, Families in farm households pass the winter evenings Sitting around the sunken hearth, Carefully looking after their tools. 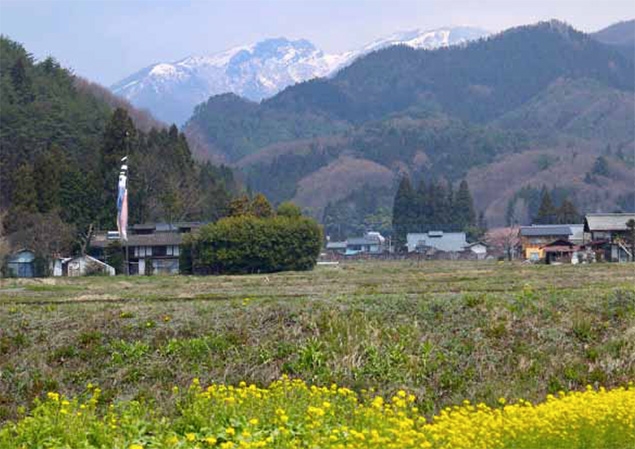 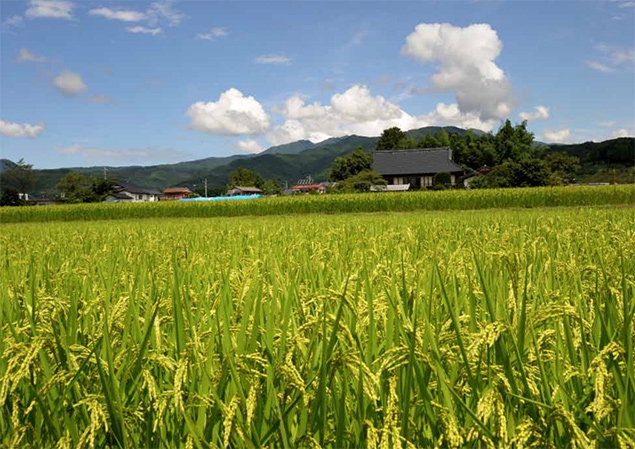 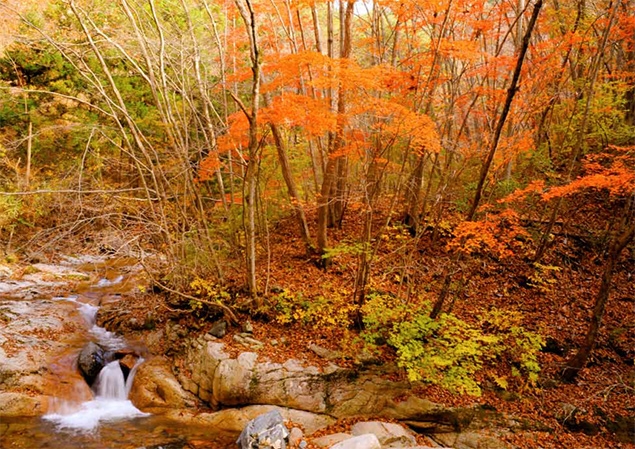 Apple trees and grape vines laden with fruit Neatly harvested rice Dries in the sun Vividly tinted mountains encircle the village How many millions of leaves will eventually fall from these boughs Crisp, clean air reveals the twinkling of stars The workings of the furusato, are that of the universe 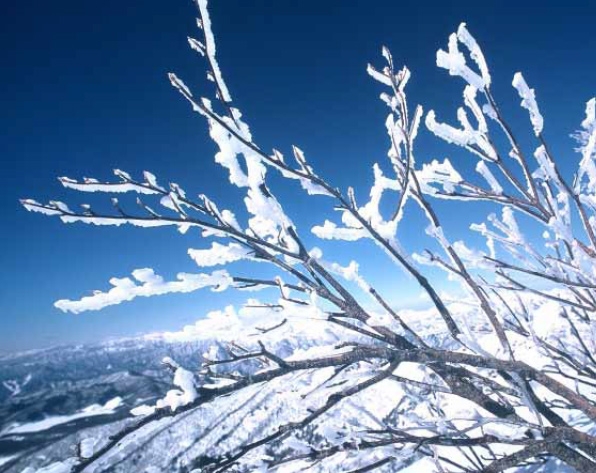 Furusato are found in every region of the Japanese archipelago. But in Fukushima and elsewhere, many wonderful furusato have been lost to us because of the meltdowns at the Fukushima nuclear power plant. This was truly a man-made disaster, a mistake that is cause for endless regret.
Post your comments