Located on the outskirts of Tokyo’s bustling Ginza district, the Nakagin Capsule Tower has been a mainstay in the area’s list of iconic buildings for nearly half a century. Now, due to the passing of time and its own unconventional design, it faces an uncertain future and threats of demolition.

The Nakagin Capsule Tower was created by renowned Japanese architect Kishio Kurokawa in 1972, an era of stable economic growth, exciting new technology, and rebellion against traditions. Entering the 1970s, the strain of rapid economic growth became apparent as the country was beset by environmental issues and pollution. Against this backdrop of rapid change, the visionary architects of Japan's Metabolist movement, which was pioneered by Kurokawa along with Kiyonori Kikutake and Fumihiko Maki, drew their inspirations from the city’s current and future transformation. As students in the 1960s, the architects were influenced by Marxism, megastructures and social growth. The term Metabolism was used to describe the constant biological process that keeps a body alive and the “metabolist” movement believed that buildings should be dynamic and adaptable like the city itself. 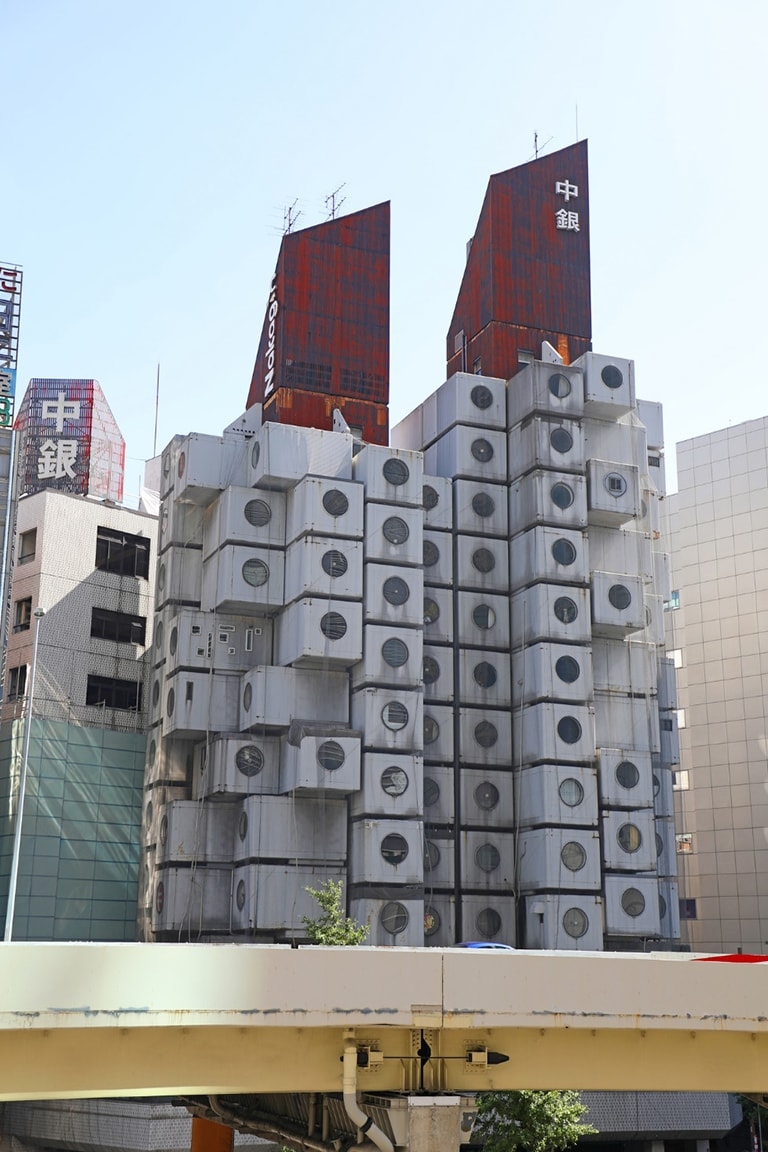 When Kurokawa’s Nakagin Capsule Tower was first built, it was Tokyo’s only example of metabolist architecture and served as a physical expression of Japan’s postwar economic and cultural revival. Kurokawa originally designed the housing block for the archetypal Japanese salaryman who might be looking for a compact and conveniently located apartment. In his book Homo Movens (“Man in Motion”), Kurokawa explains that “Until now, home life, work and leisure have been separated into different spaces and geographical zones. However, with our 24 hour days, life is becoming more complex and multi-layered.” He infers the shifting family and work-life dynamic that Japan was facing at the time, which had given rise to the salaryman culture. His words have a resounding effect within our own times, with the onset of the COVID19 Pandemic having changed how people work and play within different spaces. From the street, the modular apartments have an organic appearance, although now they need to be covered in netting for safety.

The Nakagin Capsule Tower was formed of two interconnected towers made of concrete, and made up of 140 prefabricated steel modules bolted onto the main shafts. Each module measures 2.5 metres by 4 metres. Inside the space, there is a small unit bathroom and mini-fridge but the units are without any kitchens (and no running hot water since 2008). Some of the capsules still retain the original interiors, including Sony reel-to-reel tape-recorders and dial-up phones. One of the most iconic aspects of the building is the round windows on each capsule; these were apparently inspired by traditional tea ceremony houses. The building's facade of circular windows has featured in many fashion spreads, and even in Hollywood blockbusters like The Wolverine with Hugh Jackman, and before the pandemic, the building attracted hordes of tourists. 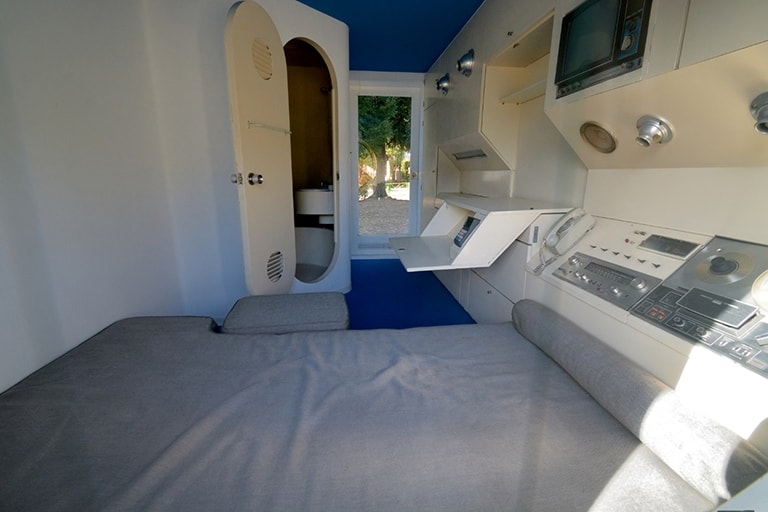 Kurokawa's initial vision was that each capsule could be rotated out and replaced every 25 years, like the cells of an organism constantly renewing itself. However, problems with ownership and funding meant that instead of being swapped out many of the capsules fell into disrepair over time. With the land having been sold in 2021, the building faces the imminent threat of demolition. However not all the residents have given up on the tower. Masato Abe, a capsule owner who once lived in the building, founded the “Save Nakagin Tower”, a project to disassemble the capsules and donate them to museums, art galleries and other institutions in Japan and overseas in order to maintain Kurokawa’s legacy.

No matter what happens to the Nakagin Capsule Building, Kisho Kurokawa has made a lasting mark on Japan’s urban landscape. His designs inspired the first capsule hotels in Japan. Decades later these hotels offer a clean, convenient, and cheap solution for anyone who suddenly needs a place to stay in the big city.