By Staff Writer
October 08, 2021
Share
Tweet
Tactile paving was first introduced at a school for the blind in Okayama City in March 1967, since then so called ‘Tenji blocks’ have gone global, becoming a familiar sight around stations and cities across the world. 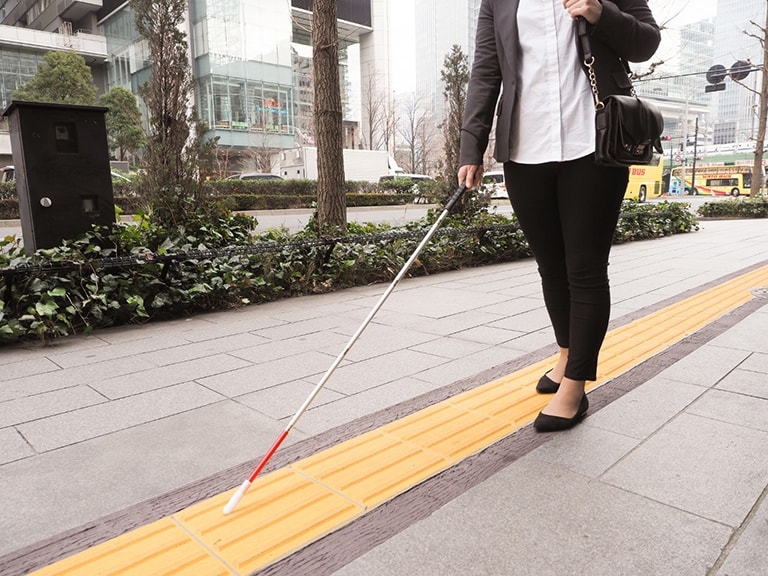 The raised patterns of tenji blocks assist visually impaired pedestrians as they walk on the sidewalks and cross the streets.

While September 20 marked the 20th anniversary of the standardization of the signage, tactile paving has improved the lives of Japan’s visually impaired since its invention nearly 55 years ago.

Tenji has many meanings, one of which is the word for a Japanese system of braille. Therefore, Tenji block refers to a “braille block.” These embedded plates allow visually impaired people to navigate their environment through touch, rather than sight.
The invention of Tenji blocks originated from Japanese engineer and inventor Seiichi Miyake’s own genius and a want to help the visually impaired he saw struggling in his hometown. However, the path to its introduction was filled with hurdles. Alongside his brother Saburo, Miyake developed the first Tenji blocks for his childhood friend, Hideyuki Iwahashi who was rapidly losing his sight. Iwahashi told the brothers, “I can tell the border of dirt and lichen through my shoes.” and inspired them to create tactile blocks which could be felt through shoes and help the visually impaired navigate pathways. Tenji blocks had patterns which helped to indicate different safety or hazard conditions, such as raised dots for "caution", or long parallel strips which mean "safe to move ahead". They were also used to identify the boundary between the footpath and the road. The iconic bright yellow Tenji blocks traverse the whole of Japan, however their original color was actually grey. The color was later changed to yellow to make them easier to see for people with weak or partial sight. 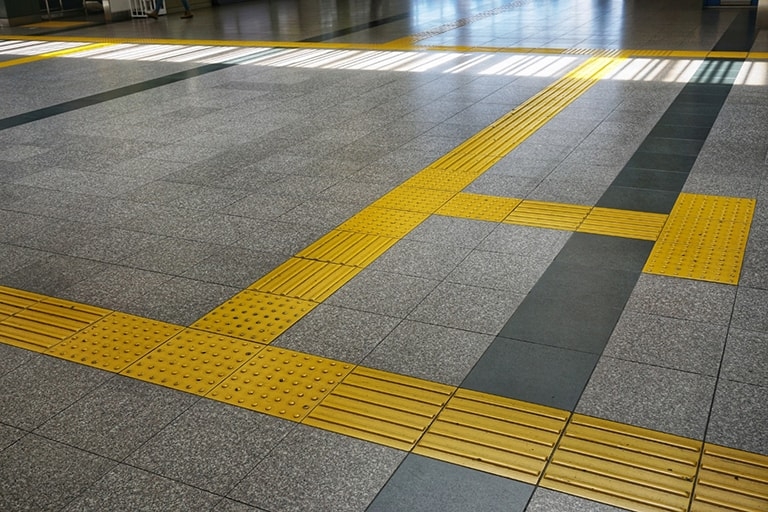 First introduced in 1965 and standardized in 2001, tenji braille blocks are a common sight in public spaces throughout Japan.

Miyake initially used his own money to fund his first prototypes of tactile bricks which he presented to the Okayama Blind Association, who were reluctant to work with him at first and doubted his intentions. Eventually, in March 1965, two hundred and thirty blocks were set up near the crosswalk of the School for the Blind in Okayama. Two years later, on 18 March 1967, Okayama City in western Japan was the first place to install Miyake’s invention. With the support of the visually impaired community in Japan and their activism, Miyake’s invention would grow to become the mandatory universal design practice in the Japan National Railway by 1975 and across cities in Japan by 1985. As tactile paving grew in popularity, its variations also increased to over 50 different patterns creating some confusion within the visual impaired community. 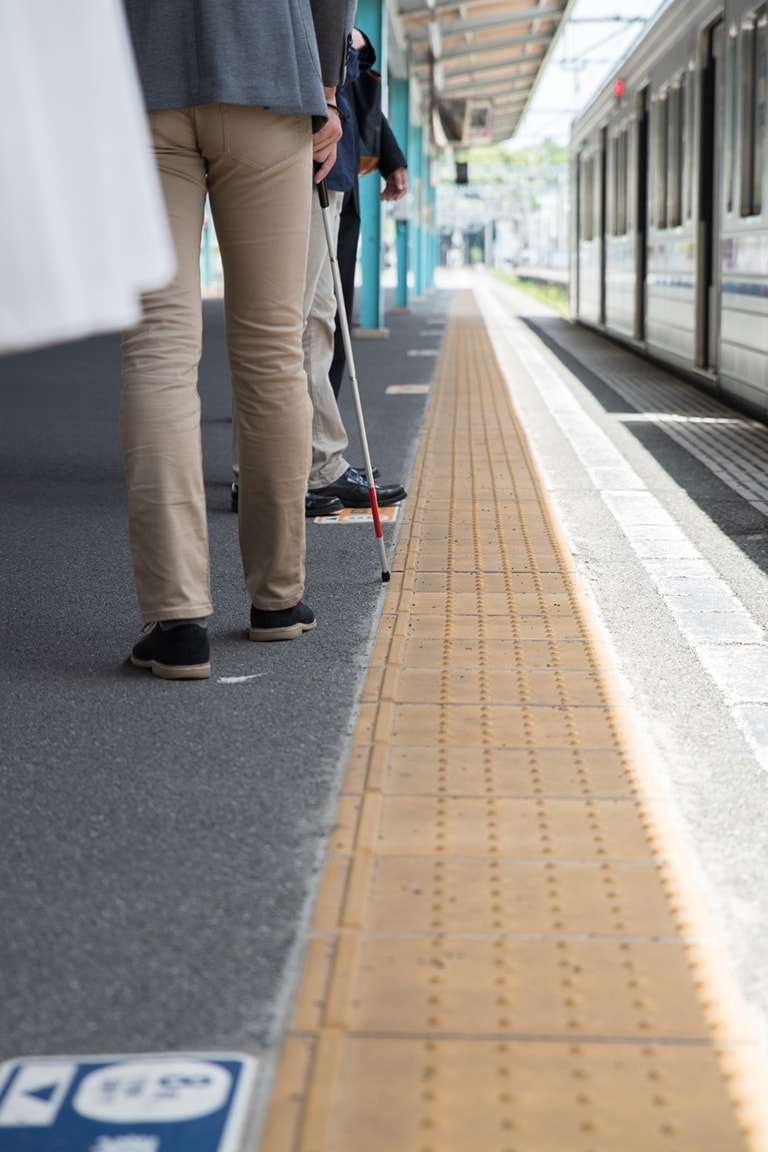 The blocks can now be found in all train and subway stations in Japan, where they have helped prevent accidents by marking platform edges and other hazards.

35 years after their invention, Tenji blocks were standardized along JIS (Japanese Industrial Standards) for stations and public places in September 2001. Since then, Seiichi Miyake’s invention has been implemented worldwide by urban designers, and Tenji blocks are adopted as a standard and universal design in Korea, Taiwan, China and some parts of Australia, Europe and the United States.
Read More
Post your comments