Appreciating the Timeless Beauty of Japan 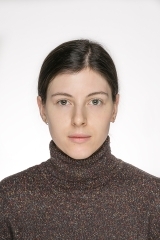 By Polina Furmanova
June 24, 2022
Share
Tweet
24th of February 2022 has divided my life and the life of every Ukrainian into “before” and “after”. Explosions, air raid sirens and the endless cruelty of the war has filled our lives. After a week of staying in Ukraine I had to make a tough decision to evacuate to Poland.

It was difficult for me to believe. Time, once stopped in Ukraine, was running on and on in Poland. But after realizing it, it seemed to me that I have only two choices: to run with it or to be lost in it. And I have decided to run as quick as I can to see the day when the time runs, when the sun rises and when the life comes back to Ukraine one more time.

And my marathon has brought me to Japan – the country I have been in love with since middle school. The last time I visited Japan as first-year international student, it was the trip of my dreams. This time I felt like it has become the trip of my hopes.

Japan in April seemed to be especially attractive for me, and the reason might not be difficult to guess – sakura blossoms. Unfortunately, I arrived right after the full bloom, but the sweet smell of spring, the warm sunshine and the tiny sakura petals whirled around by the fresh wind gave me the feeling of spring and new life.
Enjoying sakura in Japanese is called “hanami”, which is literally translated as “watching flowers”. This tradition is tightly bound up with Japanese beauty, culture, and philosophy. Japanese people are famous for appreciating nature and living in harmony with it, and hanami is just one of the most remarkable examples.

Ancient Japanese brought from China the shichijyunikou – a calendar that captures 72 seasons of the year based on 24 solar seasons further divided into three seasons. Later the calendar was changed in order to match the Japanese environment, and its current version captures the tiny changes in nature, by depicting the movements of animals and life cycles of familiar plants.

Each season lasts around 5 days. According to this calendar, the sakura blossoming starts at sakurahajimetehiraku (“Sakura starts to bloom”), the season before is called suzumehajimetesukuu (“Sparrows start to build a nest”) and the season after is called kaminarisunawachikoewohassu (“The sound of thunder far away”). Each of the seasons feels like a clock hand movement, bringing a change and then passing away.

The calendar is a rather old example, but the fact is that the tight bonds with nature are maintained in the daily life of each Japanese, for instance in Japanese food culture. One of the most important features of Japanese cuisine is incorporating seasonal ingredients. The word “shun” refers to the prime season of an ingredient – the time of the year when the ingredient is the freshest and the most flavourful. For example, the shun ingredients for spring are bamboo shoots, shiitake mushrooms, strawberries and so on. Seasonal ingredients are considered to be more nutritious, have richer flavour and, of course, they provide people with the sense of the season. Moreover, not only the season, but the place of origin also matters. Due to the climate peculiarities, the harvest can differ among regions, and there are types of products that are said to be more delicious in a specific region.
Besides this, there are seasonal “must have” traditional Japanese sweats that people like to enjoy during a particular period of the year. For example, during hanami people eat hanamidango (hanami dumplings); and during hot humid summer refreshing mizuyoukan tastes especially great. The choice of a particular sweet reflects the seasonal ingredient harvests as well as climate and weather features of the period.

Finally, the Japanese literature reflects the tradition of appreciating the nature and the flow of the seasons. The traditional forms of Japanese poetry, such as haiku etc., normally contain kigo – a word or a phrase that associates with a particular season. The tradition is so important that many dictionaries with lists of kigo and the explanation about them were created. Kigo include mentioning of the season itself, natural phenomenon occurring in the period, rituals, animals, plants, food and so on. For example, kigo for spring contain words such as “sakura”, “frog”, “warm” etc. In traditional Japanese poetry, where the length is restricted, a single kigo word can provide reader with a broad spectrum of associations with a particular season. The mere word “sakura” can evoke the memory about warm days, fresh spring winds playing with sakura petals, and maybe even the crowdy hanami parties and the taste of hanamidango.
To conclude, Japanese were living in a harmony with nature from ancient times, and the tradition is maintained till the nowadays. It appears in a numerous cultural phenomenon, starting from poetry and up to cuisine. Once picking up a tiny nature change, Japanese culture gives it a special meaning, appreciates and enjoys it. And I believe that such sensitiveness and attentiveness to nature makes our life richer and more meaningful.
Polina Furmanova is a student of Taras Shevchenko National University of Kyiv, Japanese language and literature department, researching linguistics and Japanese literature. 2019-2020 studied in Kyoto University as MEXT scholar (Japanese Studies Student)
Read More
Post your comments