Pursuing the Prehistoric in Postmodern Tokyo 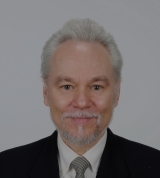 By Richard L. Wilson
July 25, 2022
Share
Tweet
Something was different this time. Over the years there had been many opportunities to excavate on my university campus here in Tokyo, which yielded scatters of artifacts from prehistoric times. But now, after carefully peeling away the topsoil , there suddenly emerged a concentration: hundreds of potsherds and stone tool fragments packed into a bounded, concave area. We had found a Jomon pit dwelling.

The Jomon period begins in the Japanese islands about 15000 years ago with the appearance of some of the world’s oldest pottery. After several thousand years, as the glacial climate eased, an increased local food supply enabled people to settle down. Settlements spread all over the archipelago, but concentrated in the east, where subsistence resources were richest. Although many large settlements have been found, villages were mostly small, estimated to have consisted of between ten and twenty households. In addition to hunting, fishing, and collecting food the Jomon practiced a limited amount of cultivation, but unlike Neolithic societies elsewhere agriculture and animal husbandry are not in evidence. The period ends around 900BC with the emergence of agriculture, led by migrants from the Korean peninsula.
The Jomon legacy, like the cultures that follow it, is a protected resource of the nation. Cultural preservation in Japan goes back to the 1870s, but for archeology the benchmark is about 1970, when municipalities all over the country organized 'underground cultural property' units to identify archaeologically important areas and create policies to prevent their destruction. That is why we were digging. Our university was planning a new building, but in an area that fell within the city's protected zone; we had to demonstrate that it was safe to proceed with construction. After our initial discovery, were given a week to open up and map the site and remove the artifacts. Following a school tradition of hands-on learning, our team consisted of enthusiastic students. It was a wintery March, and cold shadows fell on the site through most of the day. Yet we worked feverishly to remove the upper soil layers and then start the painstaking work of exposing, then measuring, the features of the dwelling. The only sound was hand labor. Nobody complained.
At the end of the week, we stood before the fruit of our labors. We had found a house remain from the end of Middle Jomon period, constructed about 4000 years ago. It was clear that inhabitants had dug a shallow foundation with an area of about four meters square. Four or five postholes had been sunk into the floor, and horizontal beams and roof were hung on the inserted posts. A stone hearth in remained the middle, and a stone step on the east side marked the entrance. The dwelling floor was heaped with artifacts. There were over 100 stone tool fragments, including intact arrowheads, axes, mortars, and hammers, and over 1000 pottery fragments, which could be reconstructed into deep pots used for cooking.
Many questions emerged among our excited team members. Why was there a dwelling here? Answer: the site was on a sunny, well drained terrace with a freshwater spring at its base. Why were there so many artifacts in a hut-like dwelling that was probably used for a short time? Answer: other sites have shown that new residents may have mounded up the old dwellings out of veneration for their predecessors—or simply used old dwelling pits for disposal. Were these people isolated? Answer: the stone tools showed 'exotic' materials brought in from remote sites; the dwellers were part of a broad trading network. How many people lived here? Answer: team members tried laying down in the dwelling and quickly found out that families (and Jomon body size!) must have been small.

Japan annually conducts more field archaeology than any other place in the world, and excavations like ours take place all over the country. But what made this one special is that while expert guidance was provided, the work was carried out by volunteers whose interest and enthusiasm grew exponentially as they interacted with the site. They became participants rather observers. Engaging people outside the profession is the burning issue in heritage practice worldwide, and Japan is no exception. With the promulgation of the Basic Act for the Promotion of Culture and Arts in the year 2000, local goverments were encouraged to promote cultural activities while considering the views of citizens. While early measures focused on school education and lifelong learning, now there is a growing emphasis on cultural tourism. How do we enhance visitor interaction with sites and artifacts, both quantitatively and qualitatively?
An appropriate place to consider the 'future of the Jomon' in postmodern cities is the Omori Shell Mound, a famous archaeological site that straddles today's Ota and Shinagawa wards in Tokyo. The American zoologist Edward S. Morse led a pioneering excavation of the site in 1877, unearthing shells, animal bones, pottery, and stone tools; he described the pottery patterns as 'cord-marked' (jomon), which gave the period its name. The site is commemorated in the Shinagawa Ward Omori Shell Mound Ruins Garden, which opened in 1985; the Shinagawa Historical Museum, about a five-minute walk from the park, also has a corner dedicated to the site. But as a cultural resource the park is underutilized. The 'activation' of monuments like these was the subject of a recent symposium sponsored by the Tokyo-based Association for Archaeology and Heritage Tourism in cooperation with the Shinagawa ward Board of Education. Proposals included linking the site to a local heritage network and providing educational opportunities for park visitors using volunteer 'curators' trained by professional archaeologists. One suspects that the site might benefit from involving young people by soliciting virtual activities and real-time events, jomonesque and otherwise. Things happen when people become stakeholders of their own cultures. That's what I learned from those chilly but heartwarming days at the pit dwelling.

(Images courtesy of Prof. Toru Hayashi)
Dr. Richard L. Wilson is a Professor Emeritus at International Christian University, specializing in Japanese Art History and Archaeology. He currently serves as board member for the Association for Archaeology and Heritage Tourism
Read More
Post your comments