Q&A With Åsa Ekström: How a Woman from Sweden has established Herself as a Manga Artist in Japan 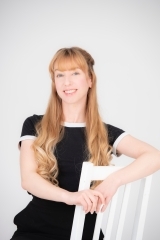 By Åsa Ekström
October 21, 2022
Share
Tweet
Åsa Ekström is a Swedish manga artist and creator of the manga essay series, Nordic Girl Åsa Discovers the Mysteries of Japan (Hokuo josi Osa ga mitsuketa Nihon no fushigi). After being inspired by Japanese anime in her home country, she came to Japan where she has lived and worked for the last ten years. She joins us to talk about her artistic influences, how she entered the world of manga artists, and the changes she has seen taking place in Japan since her arrival.
Can you tell us about your first encounter with Japan or Japanese culture? What was your first impression?
My first encounter was actually with anime when I watched Sailor Moon on Swedish TV as a kid.

It was like nothing I had ever watched before. At the time in 90s Sweden there were very few cartoons, and the ones we had were mostly geared towards boys. So to for Sailor Moon to have an all-female cast, both heroes and villains, was utterly new to me and I feel completely in love.


How did your interest in Japan grow over time after that first encounter?
Since I loved anime and manga I naturally became very curious about The land that created this culture as well. I wanted to experience the world in which so many of the stories I loved were set. So when I turned 19 and had the chance to go to Japan for the first time I was super excited. And it truly lived up to all my expectations and beyond. I didn’t expect how captivated I would be by all of Japan - not just anime and manga. The food, the people, the cities, everything.


What led you to become a Japanese-language cartoonist? Was there any significant moment that shaped your decision?
That first trip to Japan my first thought was that I absolutely wanted to live here one day. But I also wanted to draw manga, and for a very long time I thought those dreams were incompatible. There was the visa problem of course since manga artists generally work freelance, but also how could I ever compete with all these amazing Japanese artists?

So I just kind of kept going back and forth as a tourist while working as a manga artist in Sweden only.

But then the 2011 earthquake happened and by chance I had arrived in Japan the day before. In the end I had to go back because of it, but it became an eye opener for me. You never know what’s going to happen in life, or in this case if my beloved Japan would always be there as I knew it, so I thought if I really wanted to try to live and draw manga in Japan I better at least give it a try, and so I did.


What have been some of your big influences, from Japan and from anywhere else, as you studied and developed your art?
My favorite anime of all times is Shoujo Kakumei Utena and my favorite manga of all times is Nana, so I would say those two have influenced my art the most. But there really are so many amazing works of art in the manga world that I could not list all of them.


You have lived in Japan for more than 10 years. How has your personal/professional life here evolved since you first arrived?
As for my personal life I have become more Japanese - but at the same time more Swedish. For example, I pay much more attention to the people around me these days, and am a lot more integrated into Japanese society on the outside.

On the inside though I would say my core values have probably become more Swedish, especially my views on gender, equality and self-realization. While I have loved Japan since forever, living abroad has also taught me to love Sweden as well, which I think is kind of beautiful.

As for my professional life I just work a lot more in Japan. The work culture is very different from Sweden in that way, but since I love what I do it is mostly fine.

Also, it has been tremendously helpful for my evolvement to have editors that actually help me create my manga. Contrary to Sweden where I was mostly on my own in that sense, in Japan you create a manga together with your editor. That collaboration style of creating really elevates my works a lot.

Becoming a published manga artist is a significant achievement, more so when one includes learning the language and culture. What were the some of the obstacles you needed to overcome?
Surprisingly, the biggest obstacle was before I had even gotten started, and that was the visa problem.

In short, everybody kept telling me there was no visa for a foreign manga artist, which sent me in the wrong direction a couple of times, such as studying graphic design at my Japanese college instead of manga as I thought I would have to get a visa by working at a company and pursue my art on my free time.

People also kept advising me to get a marriage visa which was annoying. All in all, this was very stressful, and all for nothing.

However, it turned out that there is a visa for foreign manga artists, it’s called artist visa and it is not that hard to get.

Moral of the story is to not always believe what people tell you.

Of course, writing in Japanese is challenging as well sometimes, mostly because it just takes so much longer. But my editor always corrects my Japanese so that usually saves the day.


What are some experiences you have had in Japan that would come as a surprise to someone unfamiliar with Japan? Did you have any difficulty establishing your “identity” or “way of life” living in a foreign country?
Not really. I’ve always been very comfortable in my role as a foreigner here - well it is what I write about. But if you would want to be seen as a Japanese I would imagine living here would be hard because it is never going to happen - people will still be surprised you can use chopsticks after 20 years in Japan.


That does not mean I have not encountered a lot of culture shock though, and communication can still be difficult, like interpreting when “no” is a no or not. (It’s generally always a no though).


What are some of the most significant changes you’ve seen in Japan since you’ve been here?
I think Japan has changed in a lot of ways. For example, before you never saw dads with kids, now they are everywhere (still mostly on weekends though - parental leave is still tricky).

Or that there are discussions on what words to use and not to use - when I first came here everyone referred to me as a “Gaijin”, while these days people use the less problematic “Gaikokujin”. And so on. There is a self-reflection going on in a lot of areas which I find interesting.

There is an image I think of Japan not changing at all or suddenly changing abruptly, but I do think changes are happening every day, little by little.


What do you think is your mission? Do you see yourself as a cultural bridge between Sweden and Japan?
I do for sure.

I do not know if I would call it my mission, but my goal with the manga I create is to make my readers a little more familiar with both their own culture and foreigners in general

Japan is still a very ethnically homogeneous society, and I get feedback from readers saying they have never met a foreigner and that my manga is their first contact with someone non-Japanese, which makes me very happy.

The reason I fell in love with manga, even though it reflected cultural things I did not understand, was because in the end the stories were about love and loss, dreams and challenges, the big themes in life anyone could relate to.

In the same way I hope that my manga drawn by a foreigner, shows that we can all laugh at the same jokes at the end of the day, and that we are not so different after all.