The war is not over until Russia changes

For some states, the Second World War ended in 1945; for others, the spectrum of totalitarianism continued until 1991 with the fall of the Berlin Wall, the reunification of Germany, the withdrawal of Soviet troops, and independence. But this was not a complete or linear process. On the one hand, the world is still divided among victors and vanquished and Russia’s, as acknowledged by some, nominally democratic regime continues its predecessors’ policy of colonization that seeks to advance its imperial influence, including its territorial control over the resource-rich and geopolitically significant Japanese Northern Territories. In this scheme, Russia is less of a “guarantor” of the post-WWII peace and more its “beneficiary,” treating territory as the fair spoils of a victor.

Among the spoils are Japan’s Northern Territories. Russia’s sole claim to the island complex is that of a conqueror and a colonizer. The occupation and ethnic cleansing of the island complex was the wrong foundation upon which to built a solid post-WWII order. The right to return for the people of these islands permeates every democratic principle to which, theoretically at least, Russia adheres to. It is now high time to right this wrong. But convincing Russia to respect the notion of a principled world order is not a challenge for the faint at heart. 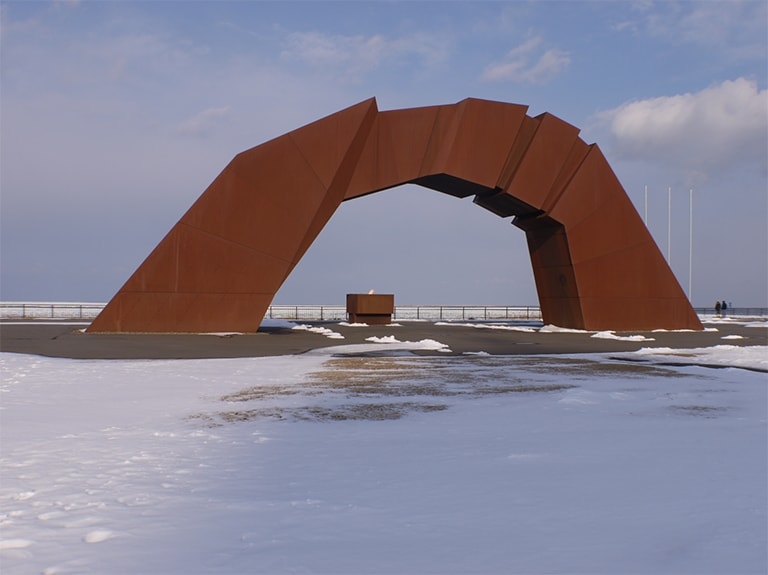 The Four Islands Bridge Memorial, near Nemuro in Hokkaido, was built to express Japan’s hope for the return of it’s northern territories

From the early 1990s and until the late 2000s, the EU sought to actively de-securitize its relationship with Russia. In a world where the terms independence, democratization and Europeanization were used interchangeably, the assumption was that the post-Soviet space would be subsumed into a politically and normatively aligned template, in which Russia itself would have associated membership. The idea was that Europe would become an ecosystem of post-nation-state polities that share common norms, regulations, markets, and constitutional values. From a Georgian perspective, this was a narrative that affirmed our right to exist as a people of distinct cultural, historical and religious identity, but also to reframe our relationship with Russia from “post-colonial” to shared membership of a European Commonwealth.

The Presidency of Vladimir Putin marked the closure of full circle in Euro-Russian relations. The Kremlin went from Yeltsin's explicit renunciation of Russia's imperial mission (1994), to Putin's affirmation that the dissolution of the USSR was 'the biggest geopolitical disaster of the century' (2005). By the same token, we have moved from the creation of a Russo-Japanese commission on border delimitation to Moscow’s affirmation that Japan needs to recognize Russian sovereignty over the occupied territories before a peace treaty can be signed.

In sum, Russia defies the notion of a “community of nations.”

In Europe, Putin redefined the process of parallel NATO and EU expansion as 'encirclement,' rejecting the vision of a common European governance template. Russia has either directly annexed territory (Crimea) or has set up pseudo state colonies – Abkhazia, N. Ossetia, Transnistria – in which organized crime rules hand-by-hand with the Kremlin. In the Far East, Russia plays no role in “collective security,” imposing the notion of an unprincipled Concert of Nations in which all relations are transactional.

Japan and Georgia are not merely entangled in a bilateral conflict with Russia but a clash of worldviews. Our nations view themselves as responsible members of an international rules-based world order. Except it is not clear whether this “order” is underpinned by a fundamental consensus and common resolve. 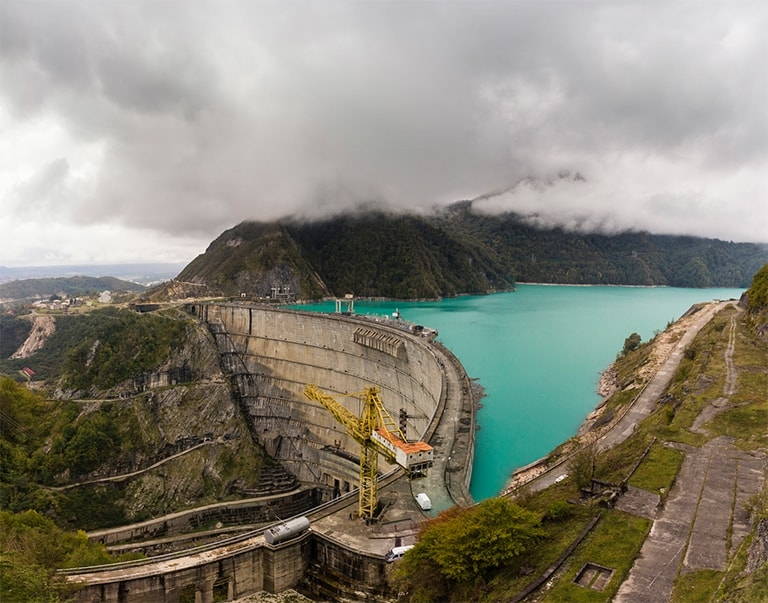 The Enguri Dam and Hydroelectric Power Station, near the border of Abkhazia. Japan has supported Georgia’s claims to the region for over a decade.

Europe is no longer divided between 'ins', 'pre-ins' and 'outs.' After Brexit and President Macron’s recent veto on enlargement, it is no longer clear that Europe is able to create a non-hegemonic community. Similarly, the birth pains of the Trans Pacific Partnership have called into question our ability to create a multilateral ecosystem in which no single nation can demand tribute, political or economic. The consequences of these failures are not solely economic.

Russia views the world as a chessboard with victors and vanquished. Undiplomatically, Foreign Minister Lavrov reminded the world about that Russian maxim one more time in Nagoya at the G-20 Ministerial Summit.

As we move resolutely towards decarbonization, the oil-dependent and undiversified Russian economy will need deeper and broader relationships with the rest of the world, unless Moscow is ready to risk an exclusive dependency on China. The question then becomes whether the stakeholders of the post-WWII order are still moving in parallel or are follow the same trajectory. If in the next generation the west is still a community, Russia will sooner or later need the solidarity.