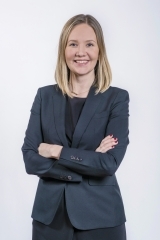 By Reetta Purontakanen
Embassy of Finland
January 13, 2023
Share
Tweet
Finland has led the way in gender equality with other Nordic countries for decades and is today one of the most equal countries in the world. Various high international rankings in equality for Finland are no coincidence – many brave men and women have fought for equality in education, business, politics and working life.
Gender equality is one of the core values of the Finnish society. There is reason to believe that Finland would not be one of the most advanced countries in the world had it not been for its strong commitment to equality.

It is partly because of this home-grown experience – that equality indeed brings prosperity –  why we believe that continuously promoting equality at home is not enough, it needs to be done globally. It is this vision that we share with Japan.

Finland and Japan have been key supporters of UN Women since its establishment. According to the UN, both Japan and Finland are currently among the top contributing nations to UN Women financially. At the time of writing this article, there are National Committees for UN Women in 12 countries: Japan and Finland among them. Globally speaking, our priorities align in several areas, including ending sexual violence in conflict, commitment to women’s economic empowerment, supporting girls’ education and enhancing women’s leadership.
Together we have achieved results on the Women, Peace and Security agenda, for example. Japan has supported programmes countering terrorist ideologies targeting women and girls in Bangladesh, Indonesia and Philippines. While Finland has provided support for Syrian women’s peacebuilding and reconciliation efforts, and given access to support services for violence survivors in Iraq, Jordan, Tunisia, and Lebanon.

These actions on a human level have the possibility to fundamentally change individual lives for the better and offer hope for a brighter tomorrow. And on the societal level, these perhaps small streams add up to rivers. This is why gender equality is a crosscutting objective in Finland’s development policy. In addition to specific gender actions, equality is taken into consideration in all our development policies.

"No Equality, No Luck" could be a new Finnish proverb

At the moment there is lot of discussion and advertising around the UN Sustainable Development Goals - or SDGs, as they are better known as. Therefore, it is important to remember that whether home or abroad, the achievement of all of the SDGs is not possible without the participation and realisation of the rights of women and girls, including those with disabilities. In other words, gender equality goes hand-in-hand with boosted economic growth and sustainable development. This is the Finnish experience too as we’ve risen from the relatively poor, agrarian nation we were before the world wars, to be the happiest nation in the world today.

In practice in a developing nation this linking of equality, growth and sustainability could mean a situation where a family’s coal burner is switched to a cleaner, more energy efficient stove – saving the family (often women) time they could use for other activities like studying, providing them with cleaner indoor air quality and generally emitting less carbon to the atmosphere. A true win-win-win situation.
In effect, women’s economic empowerment means women’s opportunities to contribute outside domestic duties, to receive and use resources, achieve economic progress and make decisions on their own activities. Studies show that women’s participation in productive work has multiple benefits and among the most vulnerable communities reduces child labour and human trafficking of women and children. It also improves the general wellbeing of families. However the coronavirus pandemic has weakened women’s position in the economy and working life, and extreme poverty is expected to increase especially among women aged 25-34. This is why the need for steadfast commitment of like-minded countries, like Finland and Japan, continues.

Gender equality and women’s rights are among the major fault lines in contemporary world politics. Equality cannot be taken for granted – it can also be challenged and positive development reversed, like the devastating experience of Afghanistan has showed in recent months.

The future holds the promise of new tools. Digitalisation and technological solutions can accelerate positive change towards gender equality. We should harness this potential more equally across the globe, close the gender digital divide and make digital space safe. Inclusion of women also as the developers of digital solutions is vital. This is especially timely as Japan is looking to speed up the digital transformation.

In Finland the equal political participation of women is one of the accomplishments that we as a nation are perhaps most proud of. But even in Finland gender-based wage gaps persist and some industries are largely segregated based on gender – building and construction being one example. So at home, in our own countries, there is still room for improvement before everyone has the possibility to accomplish their full potential. That is what I call a goal worth striving for.

Equality between men and women is not a matter of chance but a result of persistent work carried out by active and resilient women and men in Finland, Japan and across the globe.
Post your comments

5 companies in Japan working toward gender equality in management