Earning points in “a journey of a thousand miles” 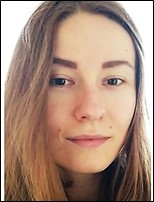 By Goral Nadiia
November 11, 2022
Share
Tweet
Success, good luck, happiness, health, money, prosperity…these are the most frequent words used in seasonal greetings and birthday wishes cards. Every year in the end of December Post Office workers all over the world start to gently deliver the most fragile and sensitive items – human wishes and hopes…Usually they reach our houses in the early morning of the New Year, warm our hearts, bring smiles to our faces, brighten our day, filling it with peace, love and strong believe that all of those wishes and hopes will definitely come true.

It was early 2020, the Year of the Mouse, that the COVID-19pandemic spread all over the world. Simple little pleasures of everyday life were lost, the dreams of million people were on fire. After living under prolonged quarantine restrictions many of us felt anxious and exhausted wishing only for the pandemic to end.

Scottish novelist and playwright J. M. Barrie once said: “Dreams do come true, if only we wish hard enough…”. Unfortunately, the pandemic is not over yet, but injected with the “Shot of Hope” (COVID-19 vaccine) people started to see the light in the end of that dark tunnel. Slowly and fearfully, like butterflies attracted to the light, we were moving accurately, making small steps forward to the exit of this darkness, to a new world without pandemic, where we can freely meet each other again, hug tightly our families and friends, where we will be able to rebuild our dreams and hopes, work hard on them and pursue them. Finally, after two long years of the pandemic we were excited about new opportunities, future and the lost taste of life started to regain its sweetness.

The recovery process was not so easy, but people were able to find enjoyment in it. Still not fully recovered, very fragile and weak we friendly opened our doors to welcome the New Year of the Tiger.

Nobody expected that through those doors a war would enter into our lives, separate our families, kill us, force millions of Ukrainians, Crimean Tatars, other ethnic groups and foreigners that lived in Ukraine, to leave their houses and to seek temporary protection in different countries. Instead of peace, hope and prosperity, reality brought us war. Scared, unprepared, with dozens questions without answers, we were left with no choice, but to find courage to live. Once again, after Chornobyl and Crimea, the situation in Ukraine became one of the top breaking news and stories…

A few years ago, just after annexation of Crimea, I was honored to participate in the “Long Term Training Program for Foreign Teachers of the Japanese Language” conducted by The Japan Foundation Japanese Language Institute in Urawa city, Saitama prefecture.

Those six months, which I spent there, became the most valuable period not only in my professional, but also in my personal growth. Living under one roof with foreign Japanese language teachers from over 50 countries, communicating with them during all my period of stay and learning about their countries, culture and history was an unforgettable and eye-opening experience. Japan has created a place, where we learned not only how to teach the Japanese language to our students, but also how to create a Peaceful world by sharing our own cultures, experiences and ideas.

Being the only Ukrainian representative among the other participants, I realized that for many of them I was probably the first Ukrainian they have ever met. In that moment I became a mirror of Ukrainian culture for them, as well as they became mirrors of theirs for me. Colorful reflections of different parts of the world in numerous cultural mirrors, gathered in Urawa, inspired me to polish my own mirror to show the world Ukraine, a beautiful country, that is different from that seen in breaking news each time only when something bad is happening there. The goal was set, lots of time was spent in preparations and finally I was searching for opportunities to realize the goal.
It is said that everyone who asks will receive, everyone who searches will find and the door will be opened for everyone who knock. This time the doors to Japan were opened to me by Professor Okabe Yoshihiko, President of the Japanese Association of Ukrainian Studies, Professor at Kobe Gakuin University, Doctor of Economics and History. Just before full-scale war started in Ukraine, I was honored to accept a position of Visiting Professor at Kobe Gakuin University, where I give a course of lectures on Ukrainian culture, history and economy.

I was surprised by the number of Japanese students who are interested in Ukraine. Their approach to understanding the current situation in Ukraine made me believe that with such curious people, who do not hesitate to ask questions and search for answers, the future of the world is in safe hands. Lectures on Ukrainian studies are only the first steps in “a long journey of a thousand miles”, but with every step, we are earning points which we can use to deepen conversations and understanding, to make relationships harmonious and reliable and in that way to build strong friendship among our countries.

This year marks the 30th anniversary of establishment of diplomatic ties between Japan and Ukraine. Unfortunately, due to coronavirus restrictions and the war, there were no opportunities to fully celebrate our friendship as we did in 2017, when thousands of Sakura trees were planted in different cities across Ukraine to celebrate our 25th anniversary of relationship. However, it is said that: “If You think in terms of a year, plant a seed, if in terms of ten years, plant trees, if in terms of hundred years, teach the people.”
Five years ago, we planted Sakura trees in Ukraine, this year we opened special course for learning Ukrainian culture and history in Japan and I do believe that soon we will see our long-lasting relationship plan in its full blossom.
Post your comments

Appreciating the Timeless Beauty of Japan