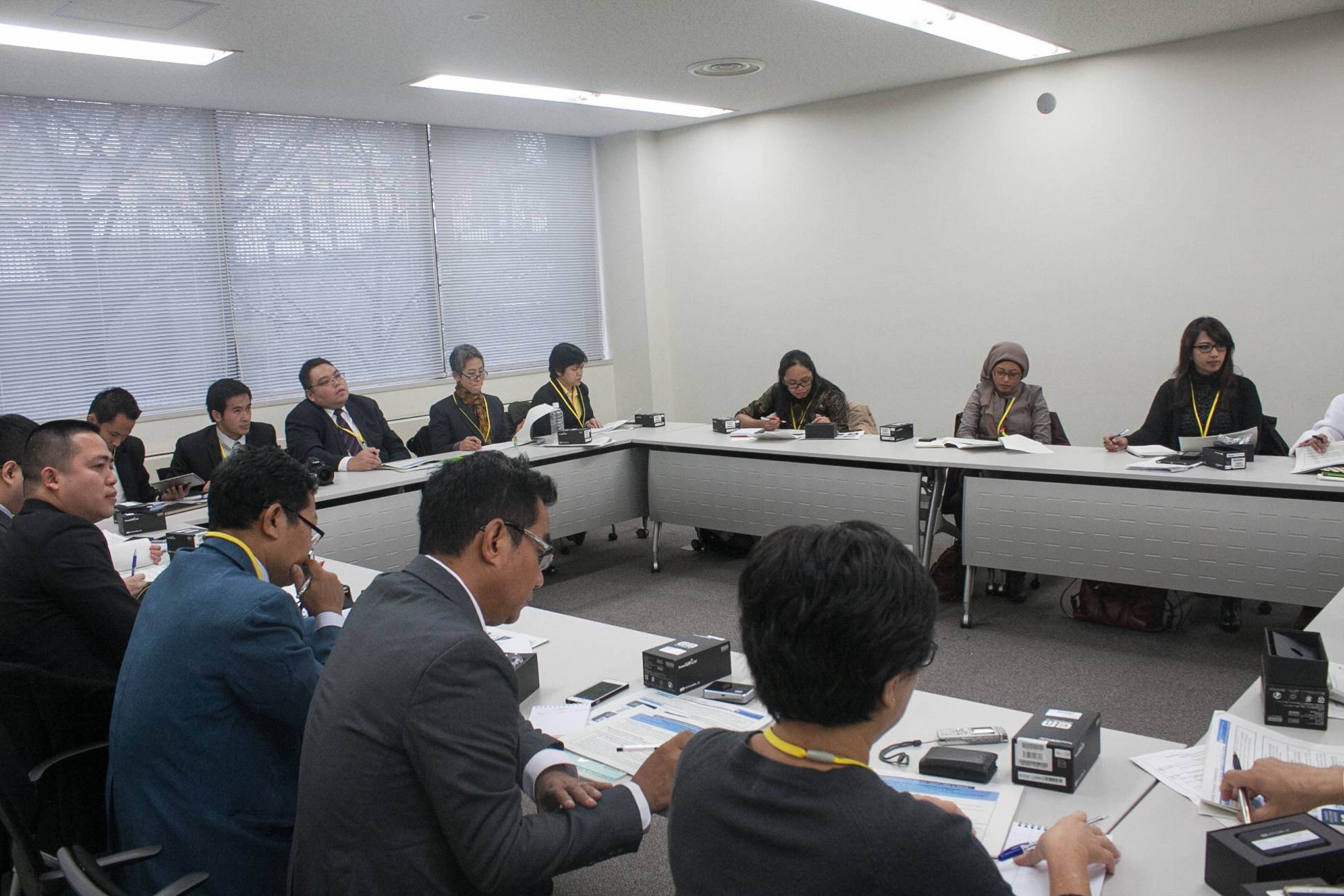 FOR Japan, Asean is of great strategic importance, and Brunei is seen as one of the key countries for in the fields of marine connectivity and natural resource conservation in the region.

This was one of the biggest takeaways from our first day in the land of the rising sun, where I along with 19 other journalists from the Asean region were invited to take part in a media visitation programme set up by Japan’s Ministry of Foreign Affairs (MOFA) last month.

Our first stop on February 9 was in Tokyo at MOFA itself, where we were given a series of briefings by officials who spoke about the country’s various foreign and defence policies, and particularly its relations with Asean.

The message was clear: Brunei, along with the rest of Asean, are of great strategic importance to Japan.

One of the speakers was Kimihiro Ishikane, the Director General of MOFA’s International Cooperation Bureau, who underlined Asean’s critical economic importance to Japan. This economic importance is not limited to trade but also investment, and Japan, as an independent country is the largest investor in the region.

As 85 per cent of Japan’s oil and gas comes from Asean, regional stability is important.

An upward cycle has been created, he said. “Infrastructure has created growth, and growth has created investment opportunities. To export more, there was a need for better infrastructure.”

“We then extended yen loans with high concessionality, with payments of less than one per cent interest,” he shared, highlighting that this has made it possible for many Asean countries to have better infrastructure, which in turn has created better investment opportunities.

This yen loan, he said, created better economic growth, and now the economic opportunities on offer is attracting the attention of the whole world.

In addition, Asean integration is of extreme importance to both Japan and Asean, he said. “By integrating the economy and by networking the 10 countries you will have even better business opportunities to offer to Japan and other countries.”

Asked for his thoughts on Japan’s economic relationship with Brunei, Ishikane said, “Brunei is a highly developed country. Up until now I think the economic relations between Brunei and Japan is mostly natural resources. So, where we can go from here, this is the challenge that we are facing.”

“So far, how we can have a stable supply and demand relationship in natural resources was a major issue of interest for both countries,” he continued. “Where we can go from now, this is another challenge.”

He added, however, that the two countries can explore moving its relationship forward in the fields of connectivity and energy conservation.

“For example, in terms of marine connectivity, which is extremely needed. Brunei is one of the key countries in this particular subject,” he said. “Also, Brunei is key in natural resource conservation, so we need to explore the possibility of cooperation in those areas.”

Meanwhile, another speaker, Hiroaki Ichiba presented in one of the briefings about the history of Asean-Japan relations, also highlighting the region’s importance to Japan.

Ichiba is the Deputy Director of the Regional Policy Division, Asian and Oceanian Affairs Bureau at Japan’s Ministry of Foreign Affairs, and in his presentation he said that one of the reasons Asean is so important to Japan is that it is situated at key strategic junctions.

He also asserted that the peace and prosperity of Asean is directly linked to those of Japan and East Asia.

The relationship between Asean and Japan is founded on mutual trust based on long-time friendship, he said, with cooperation in the areas of disaster management, Asean community building, promoting regional cooperation driven by Asean centrality, as well as tackling regional and global issues.

Ishikane and Ichiba were just two of the speakers who gave us briefings that day on Japan’s policies and relationship with Southeast Asia, but each of the presentations carried a common theme: Asean is crucial to Japan, and continuing its strong relationship while maintaining the stability of the region is in the best interests of all.