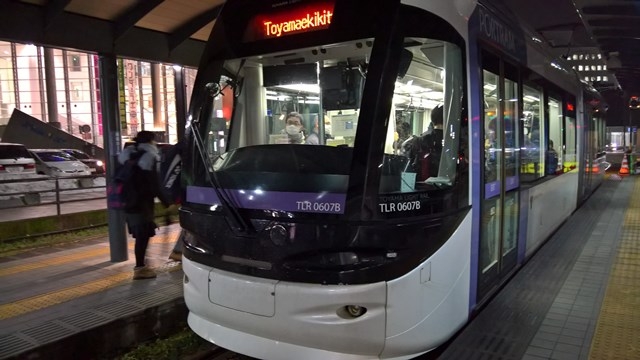 The Mayor, Masashi Mori, chose to develop the city followed the framework of 'Compact City'.
This is the design concept of the accessible distance urban planning. City must serve the residents with all necessary factors, and parts of the city link to each other effectively by the functional public transportation systems.

Light rail transit (LRT) network played an important role in the development plan of Toyama. Along with other kinds of public transportation, followed the idea of 'Dumplings & Skewers', it was set as the roots of urban areas which located to grow along the transportation lines.

Residential and urban areas have been revived regarding the significant role of strengthening public transportation system, which effects capability in development and growth of the city. Toyama LRT project was launched in 2006, connected inner circle of the city to JR station in 2015, the same year that the bullet train Shinkansen route was linked Tokyo to Hokuriku region. 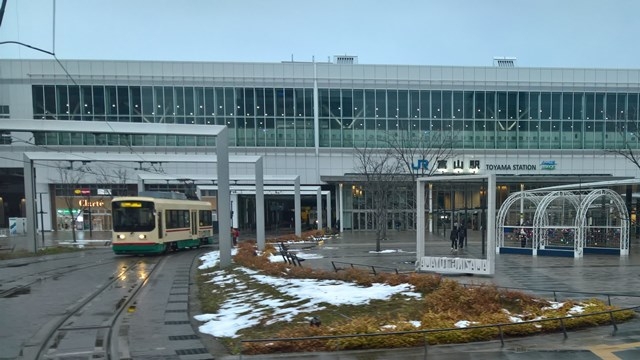 Local government used subsidiary scheme offered to public and private sectors as an incentive for relocating plan to designated areas, both residing and doing business. By creating comprehensive infrastructure network and reviving urban area, Toyama government aimed to make the city alive, make it more potential economically and lift up people's quality of life. It's necessary to build a city complete with facilities that support living of every groups of people, especially elderly that will be able to travel safely by themselves.

The development plan gained big support and risen the land values as consequences. In 2012, Toyama was recognized by the Organization for Economic Co-operation and Development (OECD) in developing advanced 'Compact City' policies, and was selected to 1 in 100 resilient cities by Rockefeller Foundation. Mr.Joseph Runzo-Inada, Rockefeller Chief Resilience Officer for Toyama, pointed to the key of success for Toyama, that is the way government communicated to the people, informed and explained them both the problems and solutions, to create mutual understanding, accepting and participating from community.