Mongolia’s one of the important bases of foreign policy is to strengthen ties with leading countries around the world and ensure their economic interest in Mongolia; it has been implemented successfully. In the framework, Mongolia is working to level up foreign relations with Japan to the 21st century’s “Comprehensive relationship”.

1. During the first 20 years, the two countries’ political system was different, but it was possible to begin a cultural relationship and maintain a normal communication.

2. Since 1990, Mongolia mainly focused on economic cooperation as it began pursuing a multilateral independent foreign policy by choosing democracy and open market.

In the last 30 years, in which bilateral relations between Mongolia and Japan had developed dramatically, Japan has been pursuing a policy of supporting Mongolia’s democracy in bilateral relations and internationally since 1991. Mongolia had also set a goal of expanding relations and cooperation with Japan as one of its foreign policy priorities, and this is being implemented by the Government of Mongolia. In this regard, I would like to express my views on why Japan is important to Mongolia, why it should be a third neighbor, and how Japan perceives our interests.

A little introduction. A neighbor is a country that is geographically has a common border. Russia and China are Mongolia’s direct neighbors. So the concept of expanded neighbor is geopolitical. There is another important point which is a strategic neighbor. Putting these two together, we call it the third neighbor.

The year 2019 will remain in history as the third-party strategic relationships have balanced during the time. As with the new phase of Mongolia-U.S relations (signed strategic partnership agreement), the Mongolia-Japan relations have significantly moved ahead as well.

In a statement of Prime Minister Khurelsukh’s visit in 2018, “The sides evaluated the implementation of the “Mid-term Action Plan” and mentioned the relationship has been growing stronger in a broad range of fields such as trade, economy, culture, and public exchange”. Expressing satisfaction with the strengthening relations within the framework, Mongolia notes the relationship with Japan as a “region of politics, security, and defense.” It proves that Japan is the third neighbor of Mongolia in terms of politics.

Mongolia supported Japan’s efforts to consolidate the “Free and Open Indo-Pacific Strategy” proposed by Mr. Abe. Foreign Minister of Japan T. Kono visited our country in the summer of 2019.

It has been 48 years since the establishment of the Mongolia-Japan diplomatic relations. After Mongolia has transitioned to a democratic society, the relations between the two countries have been developing year after year. From third neighbor countries, Japan has established the Strategic Partnership with Mongolia first (2010) and also the first country to establish free trade agreements (the Economic Partnership Agreement or EPA). Implementation of the agreement is moving forward one step further and Mongolia successfully hosted the Japan-Mongolia Business Forum “Invest in Mongolia” in Tokyo. 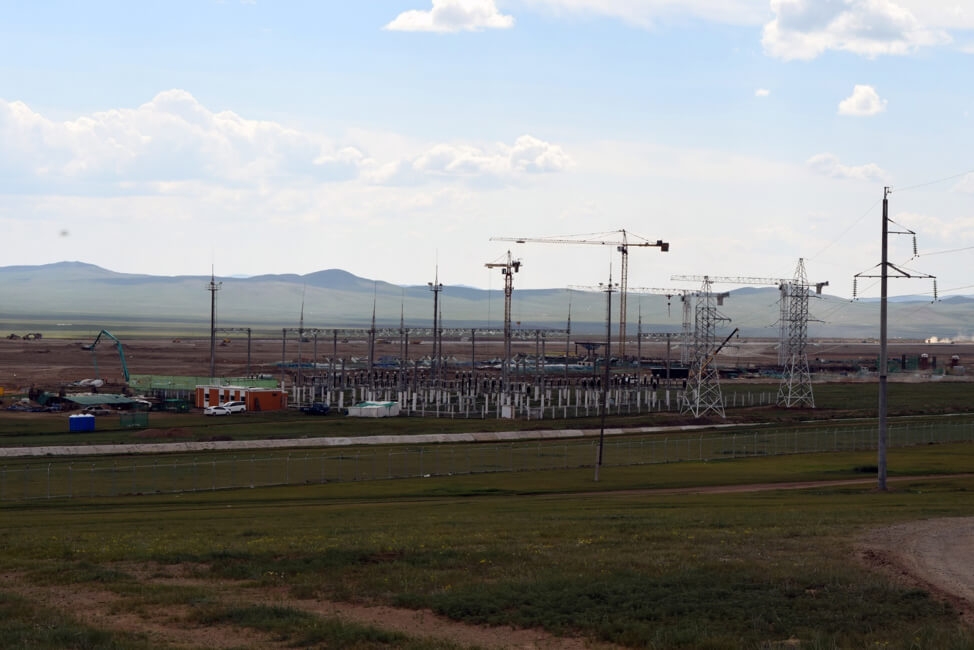 Ground being broken on the New Ulaanbaatar Internaitonal Airport in 2013, with the assistance of The Japan Bank for International Coopoeration. The completed airport is scheduled to open this year.

Defense cooperation between Mongolia and Japan had improved significantly in 2019. Takayuki Onozuka, Vice Chief of Staff of Japan Ground Self Defense Force, paid a visit to our country. The defense cooperation between the two countries was further enhanced by the signing of a Memorandum of Understanding in 2012. It expanded the level and direction of cooperation. As part of Japan’s Capacity Building Assistance Program, we have successfully identified two main areas: military engineering and a military hospital. In 2014-2016, the first phase has started to increase military engineering capabilities, and in 2017, the second stage commenced with joint training and internship. In the future, the two countries will work in many areas, including training military personnel and experience in peacekeeping.

It would seem right to give some explanations on why relations with Japan are so important to our country. The following logic emerges when we consider the power balance in the world, the general atmosphere of international affairs, regional relations and cooperation, as well as the external environment around Mongolia. Mongolia is actively working with the United States, Japan, and Western Europe, which are considered to be third parties to prevent the country from becoming too close to Russia and China, not to be too dependent on their northern neighbor and to further get support for the democratic process in Mongolia.

In Mongolia, foreign policy can be de facto considered a neutral foreign policy. China, Russia, as well as Japan and the United States are intensifying their efforts to attract Mongolia. Mongolia classifies them as the two direct neighbors and the third strategic parties.

Mongolia-Japan relation is a classic example of the continuity and expansion of Mongolia’s foreign policy, during all the presidency, the MPs and Governments of our country. This is a page from the past 30 years of history.

Over the last 30 years that had a turning point in bilateral relations, the Government of Japan has announced a policy to support Mongolia’s democracy and reforms in bilateral relations and internationally in 1991; the Prime Minister of Japan visited Mongolia for the first time at that time. Since then, cooperation between the two countries has been consistent. 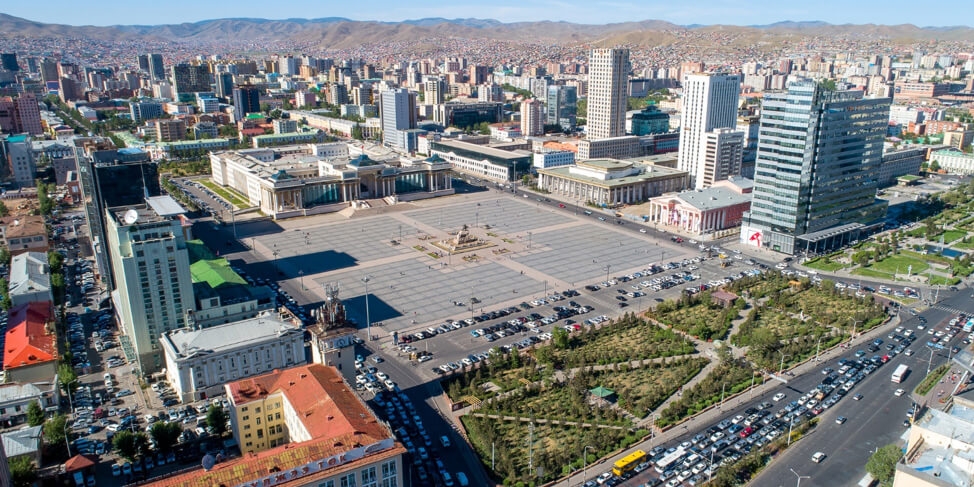 The Government of Mongolia has maintained a policy of close cooperation with Japan over the past three decades.

Mongolia has set a goal of expanding relations and cooperation with Japan as one of its foreign policy priorities, and the Government of Mongolia had implemented it in its action programs. There was no ruling party or government to curtail relations with Japan. There are differences in domestic politics from the political parties, but foreign policy, in particular to the third neighbor, Japan, has continued to be inherited.

The Mongolia-Japan Joint Declaration on building a Partnership of Friendship and Cooperation for Peace and Development, first introduced in 1998 by the President of Mongolia, Bagabandi Natsag during his visit to Japan, stated the principle of developing bilateral relations in the framework of a comprehensive partnership for the 21st century. That concept came to effect, and in 2010, the two countries identified the development of a “Strategic Partnership” as their shared diplomatic goal. The two countries are now establishing strategic partnership relations of the 21st century.

Mongolia-Japan relations are now expanding in all fields. For example, political talks are ongoing, mutual understanding is growing, and high and summit visits are being intensified. The following is a list of the most visited destinations of Mongolian side to Japan:

From the Japanese side, the Prince of Japan Akishino visited in 2002, the Crown Prince of Japan in 2007. The Prime Minister of Japan visited Mongolia in 1991, 1999, 2006, 2013, and 2015, and again in 2016 when he was invited to attend the XI ASEM Summit. Specifically, Mr. Abe Shinzo visited Mongolia three times as Prime Minister of Japan. The Chairman of the House of Councillors of Japan visited our country in 1992, and the Chairman of the House of Representatives in 2017. From the Japanese side, it may appear to be few visits at the parliament speaker level, but many visits have been made at the level of the Deputy Speaker of the Parliament, the Standing Committeeпs Chairman, the Chairman of the Group and the Representatives of Parliament.

The President of Mongolia, Battulga Khaltmaa has not yet visited Japan as of the beginning of 2020 since he was elected in 2017. However, he began the practice of conducting regular bilateral meetings with the Prime Minister of Japan, Abe Sinzo during the Eastern Economic Forum, which takes place in Vladivostok, Russia, on September 9, 2017.

The Mongolian-Japanese Foreign Ministry has been holding regular policy consultations since 1996. The Mongolia-Japan-U.S trilateral meeting is also being held regularly. The sides discuss regional issues, strengthening cooperation between Mongolia, Japan, and the United States, as well as regional issues during the meeting. The latest meeting, which took place in January 2020 in Washington, D.C. has reaffirmed the commitment of three sides to strengthen Mongolia’s relations with Japan in the context of Mongolia’s third neighbor policy, as well as the parties’ views on the Indo-Pacific region. Mongolia, Japan, and the United States present their proposals on regional development, including the Indo-Pacific perspective, and work together to build a prosperous and peace-loving region with the sovereign and democratic nations. The three sides appreciated the fact that the United States has become Mongolia’s strategic partner in 2019, as well as Japan, and expressed its intention to further strengthen the strategic partnership. The three sides are working to strengthen Mongolia’s business environment, especially its capacity to attract investment from Japan and deepen its economic partnerships by increasing its cooperation in energy, e-economics, and cybersecurity.

I would acknowledge that Mongolia-Japan economic cooperation has left behind active political ties. Mongolia leads other countries with Japanese loans and grants per capita. Japan is the fourth largest country that invests in Mongolia and the fifth largest foreign trade partner. 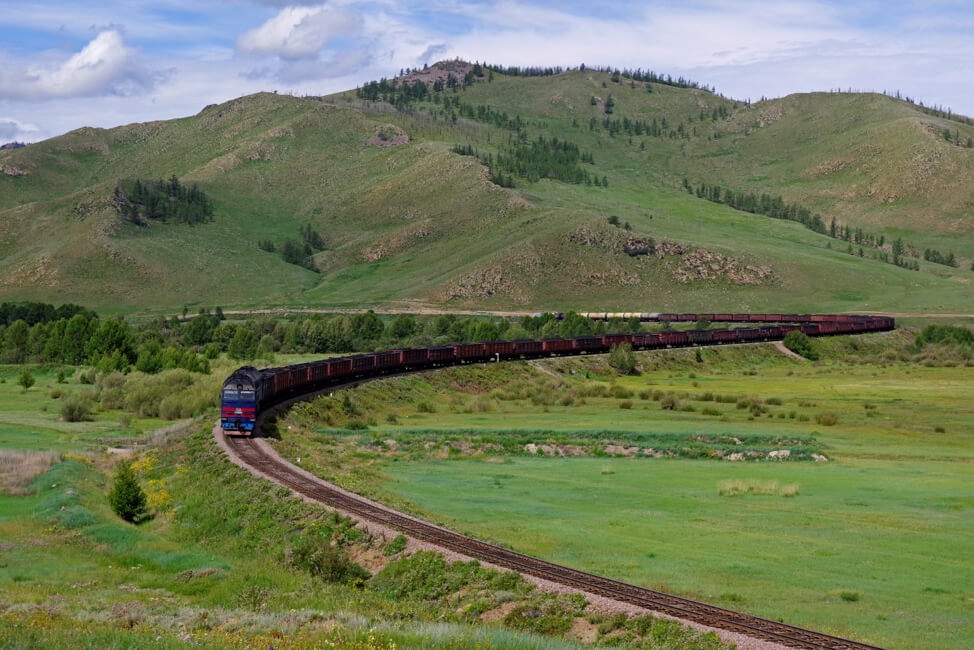 Mining and rail development are two important areas of potential economic cooperation between Japan and Monogolia.

Mongolia had officially started to receive Japan’s Official Development Assistance (ODA) in 1987. The governments of the two countries negotiated and set priorities for development assistance in Mongolia in 1997, and in 2004 the Government of Japan developed an ODA program to Mongolia. Then, in 2011, the program was updated. We have the following priority areas in our country: 1.to support sustainable mining development and strengthen governance; 2.reduce poverty and improve living standards; 3.Improve the infrastructure of Ulaanbaatar city.

However, both sides expect further mutually beneficial co-operation over the next ten decades. In other words, if Mongolia’s economy boom for some years as a result of its natural resource exports, and if it continues to grow, it will reduce Japan's grants and increase co-operation and investment.

Japanese private companies have been openly expressing their aspiration to partner with Mongolia. We must see this as a great opportunity. Japan’s Mitsui, Sumitomo, Mitsubishi, and Itochu have proposed investing in major mining fields, such as Oyu Tolgoi and Tavan Tolgoi. Japan’s world-class entrepreneur and chairman of SoftBank Group, Masayoshi Son has set up a renewable energy company with Mongolian company Newcom. Masayoshi Son is successful in the field of information technology, according to Forbes Magazine, ranked second in Japan and 127 in the world. The Japanese expressed interest in implementing satellite projects, supplying railways, railway steel and steel wheels to Mongolia.

One common problem is that we, as Mongolians, need to work on the use of the Tavan Tolgoi coal deposit, as well as the making involvement, and strengthening of Japanese companies in major infrastructure and energy projects.

I would like the Government of Mongolia to provide this interest and promptly encourage Japan to invest in large mining areas of Mongolia.