From Exposed to Secure: Blueprint for Japan’s Response to the Ukraine Conflict 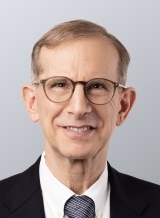 Reacting to Conflict: Guidance from History

The Ukraine/Russia conflict is not only a tragedy, but also a call to action. Among the many areas where action is needed even more urgently are energy security and climate change. Historically, when faced with such overwhelming challenges, successful countries have followed a four-stage process: (1) honest recognition, (2) technology acquisition, (3) social consensus on technology adoption, and (4) vigorous, urgent action. Japan’s history of the Edo-Meiji Period transition provides a blueprint. Honest recognition came in the Edo Period, after the Opium Wars, when Japan recognized an existential threat. Technology acquisition came after military skirmishes with several foreign powers. Japan sent study missions abroad, starting in 1860, and these culminated at the start of the Meiji Period with the Iwakura Mission of 1871-73. Social consensus came after the Satsuma Rebellion of 1878 was quashed. Vigorous, urgent action came when the subsequent hyperinflation was ended by strict macro policies under Finance Minister Matsukata. Equally important were the bold infrastructure investments such as railroads, from the 1870s onward, and bold microeconomic reforms, especially the decision to rely on private industry, as demonstrated by the privatization of government textile factories. The Edo-Meiji example of the four-stage approach provides a blueprint for what Japan – and the world – need to do now.

Will Japan Have Enough Energy?

Energy is an area where Japan must use this four-stage approach. For decades, Japan’s energy strategy has presumed free and open access to global energy resources, at reasonable prices, with little attention to climate change. As a result, even with the advance of renewables in recent years, 90% of Japan’s energy is still imported, fossil-based energy. Geopolitical changes in the wake of the Ukraine/Russia conflict suggest that reliance on free and open access may no longer be possible or prudent. Global energy prices were rising even before the Ukraine/Russia conflict, but have surged further since. And Japan has adopted a zero-emission goal for 2050.
Fortunately, the honest recognition of the energy problem has occurred. Technology acquisition is also proceeding, with focus shifting more toward renewables, especially offshore wind and hydrogen. However, social consensus on energy policy is far, far away. Among the issues are: Stiff resistance from those whose livelihoods depend on old energy sources and technologies; low awareness of the rapid advances of foreign energy technologies; conflicts between short-term needs and long-term goals; the complex politics of consumers, producers, and regulators; fiscal constraints on energy R&D due to the burdens of an aging welfare state; deep differences on nuclear policy; imperfect information about costs and benefits of energy transition; and conflicting time horizons among actors. Finally, vigorous, urgent action remains difficult in both public and private sectors, because the lack of social consensus makes the cost/benefit balance of bold action unattractive.

PM Kishida’s concept of triple-win capitalism is the first stage of addressing some of these issues. Indeed, in a recent essay, he devoted an entire section to climate change and energy transition. However, much more clarity is needed, before that private sector can make the necessary investments.

Will Japan Have Enough Food?

The four-stage approach is also needed in food security. Even in recent years, crises have occurred because of Japan’s reliance on imports for about 2/3 of calories. In 1994, a very poor domestic rice crop necessitated rice imports for the first time since the early 1950s, and demonstrated vulnerability. Then, the grain price surge of 2007-08 doubled import prices of cereals over two years, equivalent to a tax hike of about ½% of GDP/year. Even before the start of the Ukraine/Russia conflict, imported cereal prices have risen back to the levels of 2008, a percentage rise similar to 2008. Since the conflict started, cereal prices have surged further, and the impact of the conflict on grain production in both Ukraine and Russia remains unknown. Even if Japan can secure grain imports from traditional suppliers such as Canada, the US, and Australia, the price will be much higher. Moreover, fertilizer availability will be sharply constrained by the conflict, and the energy necessary to farm in Japan will of course be more expensive.
Has there been an honest recognition of this problem in Japan? Not yet – at least not in the broad public debate. Can technology acquisition address this problem? Here, the answer is yes, and Japan is testing some new technologies, including vertical farming and agrivoltaics. However, organizational technology has not caught up with production technology: Agricultural land use in Japan remains extremely inefficient, hobbled by laws that create tiny-sized farms. Moreover, despite several rounds of reform, the food supply chain remains highly inefficient. What about the third stage, social consensus? Unfortunately, there is no consensus on the matter, and debate has hardly begun. Finally, vigorous, urgent action remains scarce, despite some highly innovative but small startups in drone technology, vertical farming, and direct supply.

In short, of the four stages needed to enhance food security in Japan, only technology acquisition is beginning to move significantly.
Robert Alan Feldman is a Senior Advisor with Morgan Stanley MUFG Securities, and a Senior Specially Appointed Professor, Tokyo University of Science
Read More
Post your comments