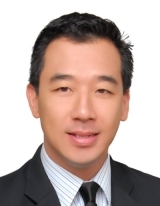 By Nicholas Fang
June 17, 2022
Share
Tweet
When I visited Japan in 2018 at the kind invitation of the Japanese Ministry of Foreign Affairs (MOFA), the world was a different place.
Key geopolitical concerns at that time focused on the interplay of relations between North Korea and global and regional powers like the United States, China and South Korea.
Progress on the diplomatic front had culminated in an agreement for the leaders of North Korea and the US to hold face-to-face talks, as well as for the first inter-Korean summit in 11 years.
There had also been pronouncements by the North Korean leadership on a willingness to halt nuclear and missile tests, and Pyeongyang has declared it will scrap its nuclear test site as part of efforts to instead pursue policies of economic growth and peace.
These and other developments created a sense of cautious optimism around the world for a normalization of relations throughout the Korean Peninsula.

Fast forward five years to today, and we see that concerns by the Japanese leadership in 2018 have turned out to be valid and perceptive. Tokyo at that time was concerned that the moves by the North were part of a historical legacy of tactics aimed at manipulating the rest of the world in order to achieve its own objectives. Japan emphasized the need for maximum pressure to be maintained through sanctions and diplomatic efforts until concrete actions towards denuclearization are seen.
The talks between Kim Jong-Un and Donald Trump have come to nothing, and Pyeongyang continues to conduct acts that can only be described as provocative, including launches of missiles with increasing threat capabilities.
At the same time, the global geopolitical environment has shifted significantly since my visit to Japan, which had allowed me to have discussions with policymakers in various ministries.
The Covid-19 pandemic has reminded us all over the past two years how interconnected we are as a global community, how unprepared we were to deal with international health threats, and how important it is for countries to overcome selfish insular tendencies to work together to ensure that we are able to defeat a small but insidious and deadly enemy such as a virus.
Covid-19 dominated headlines around the world for more than two years, and yet it was almost completely supplanted by Vladimir Putin’s decision to invade a sovereign neighbour when he moved troops into Ukraine to commence what he called a “special military operation”.
The invasion and the war that ensued, which showcased surprising resilience and determination on the part of Ukrainians led by Volodymr Zelensky, has horrified the global community and raised significant concerns about the state of international security and stability.
There are also other concerns that have a global significance, including climate change and challenges to democracy and human rights in various countries.

The need for unity

Collectively, the raft of current global threats has heightened calls for collective collaboration and cooperation across borders, and for countries to take decisive and principled positions and actions.
In addressing the Ukraine invasion, countries such as Singapore and Japan have taken principled but ostensibly difficult positions against the actions of a larger, potentially more aggressive counterpart in Russia.
Japan has joined tough Western sanctions on Moscow and welcomed several hundred Ukrainians fleeing the conflict. It has also sent non-lethal military aid such as helmets to Ukraine.
Tokyo recently announced fresh sanctions including a ban on Russian coal, a significant energy import, as well as the expulsion of eight Russian diplomats over "war crimes" in Ukraine.
As a result, Russia announced in March, 2022, that due to Japan's response to the conflict, it was abandoning long-standing diplomatic efforts to reach a peace treaty formally ending World War II with Japan. Subsequently, Russian submarines in the Sea of Japan fired cruise missiles during exercises in April.
Similarly, Singapore, despite being a much smaller country, spoke out strongly against the Russian invasion in various forums such as the United Nations and elsewhere. The government said it will impose financial measures targeted at designated Russian banks, entities and activities in Russia, as well as fundraising activities benefiting the Russian government
The government said it will also impose export controls on items that can be “directly used as weapons to inflict harm on or to subjugate the Ukrainians”, as well as items that can contribute to offensive cyber operations.
The Foreign Ministry said that these sanctions were being imposed “in concert with other like-minded countries”, and cited the “unprecedented gravity” of the Russian invasion.
“While we continue to value good relations with Russia and the Russian people, we cannot accept the Russian government’s violation of the sovereignty and territorial integrity of another sovereign state,” said the ministry. “For a small state like Singapore, this is not a theoretical principle, but a dangerous precedent. This is why Singapore has strongly condemned Russia’s unprovoked attack on Ukraine.”
The positions taken by Singapore and Japan, as well as some other countries around the world, can only work if they are part of a strong unified front against a looming threat.

As Japan’s sees its international focus shifting in the years since 2018 and under different administrations, there are some key priorities that have been defined by the geopolitical realities.
In 2018 meetings with senior officials from the National Security Policy Division at MOFA, Japan’s key security priorities centered around North Korea and China.
While these two concerns are still among the ongoing geopolitical risks for all Asian nations, there are other more clear and present dangers, as expanded on above.
Since five years ago, Japan has been working to strengthen relationships with coastal nations in the region as part of its broader strategy aimed at contributing to a free and open Indo-Pacific.
With the current global threats, it is even more crucial for Japan to continue building links and common positions with other nations that have similar concerns and world views, Singapore among them.
In South-east Asia in particular, Japan has a particularly strong position in terms of soft-power projection through its culture, lifestyle and entertainment, and food and cuisine.
There is the opportunity to expand on this through its contributions in the geopolitical and security spheres, whether via its own policy decisions and actions, or through communication and collaboration with other states and multilateral fora such as ASEAN – the Association of South-east Asian Nations.
During my discussions in Japan in 2018, what was clear was that any such strategy must be underpinned by Japan’s desire to be a proactive contributor to peace in the region and around the world.
At the same time, Japanese officials emphasized that the desire to contribute even more actively in securing peace, stability and prosperity of the region and international community will never detract from Japan’s peaceful orientation.
They said that Japan’s contribution to international security and peace will never be conducted unilaterally, but always in cooperation with international partners, and will always take into consideration historical context and legacy. I believe this remains the case today.
That being said, the challenges today call for a unified approach by nations around the world. Japan has much to contribute in this respect, and its contributions to a safer and more stable region and world will be much anticipated and appreciated by its neighbors and partners.
Nicholas Fang is the director for security and global affairs at Singapore’s oldest independent think tank, the Singapore Institute of International Affairs. He visited Japan in 2018 at the invitation of the Japanese Ministry of Foreign Affairs to meet with experts and officials across a range of focus areas, to better understand the country, culture and its policies.
Read More
Post your comments