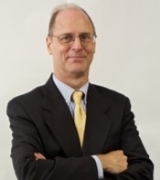 By William Sposato
June 24, 2022
Share
Tweet
The 2006 G-8 summit, the first and only ever held in then-member Russia, garnered widespread international attention. At that time Vladimir Putin was the image of a new post-Soviet nation that would use oil wealth to diversify the economy while battling the corruption of the Boris Yeltsin years. Putin’s daily news conferences at the event were packed with hundreds of reporters. For Japanese Prime Minister Junichiro Koizumi, there was one lackluster media event for the world’s press, to which only a dozen or so journalists turned up.

Such was the image of Japan at the time, a nation that was earnest and while it had the second-largest economy in the world, it kept a studiously low profile on pressing international issues. On almost every global flashpoint, it called for an end to violence and for both sides to show restraint. The business of Japan it appeared, was business.
But the full frontal invasion of Ukraine by Russian forces shows a changed Japan. Gone is much of the indecision and hanging back that has been seen in the past. Prime Minister Fumio Kishida wasted no time in condemning the Russian actions and did not mince his words. “The Russian attack shakes the foundation of international order that never tolerates unilateral change to the status quo by force, and we strongly condemn Russia,” he said when Russian troops marched in.

This was quickly followed up by concrete steps. With surprising speed, Japan signed on to sanctions freezing assets of Russian officials, oligarchs, banks and other institutions and banned high-tech exports to Russia. Agreement to cut Russia out of the SWIFT network that is the lifeblood of global banking was a particularly notable step (although expect China and the new crypto-currency barons to see this as a longer-term opportunity).
This was not an easy moment for Japan’s diplomacy. Overnight, more than a decade of policy initiatives aimed at reaching a territorial agreement with Russia, increasing economic cooperation and finally getting a peace treaty to end World War II came unstuck. To many critics, the notion that Russia would somehow compromise, especially on the issue of the Northern Territories/southern Kurils, was never realistic. “The Japanese will never get the islands back,” a Kremlin official once told me with a conviction that seemed more than just a negotiating card.
Japan’s willingness to walk away from its rapprochement has so far been a diplomatic success. Consider the position of India, the world’s largest democracy, as it tries to defend a policy that refuses to condemn Moscow and seems opportunistic at best. The India view is almost certain to become increasingly difficult as Russia appears intent on raising the stakes, largely through greater brutality. At a more practical level, it is also unlikely to help Delhi’s cause when they seek global condemnation of a fresh Chinese incursion.

Here again, Kishida was direct in his tone when he met with Indian Prime Minister Narendra in New Delhi in March. "I told Modi that one-sided efforts to change status quo by force can't be allowed in any sector. We both agreed on the need for a peaceful solution to all conflicts on the basis of international law," Kishida told a joint news conference.

With their shared China concerns, the joint statement said that the two countries “reaffirmed their common vision for a free and open Indo-Pacific, free from coercion."
Indeed, both countries have a lot to think about in how to deal with China. Business leaders and economic policymakers will be understandably nervous and it’s worth noting that despite the solid front over Russia and Ukraine, Japan has avoided any pullout from its long-standing energy investments in Russia’s Sakhalin. Sanctions against China over an invasion of Taiwan would be on a far different scale of magnitude from the current situation.

But at the same time, whether in diplomacy or in international business dealings, taking a strong position will often put you in a better negotiating position. Kishida can also take comfort in the fact that public opinion appears firmly behind him. A new survey says that 7 in 10 Japanese support sanctions against Russia, even if it has a negative impact on their own situation. Will the same apply to China in a similar situation?
Read More
Post your comments