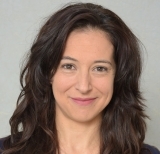 By Stefania Benaglia
July 26, 2022
Share
Tweet
In the last year or so, I have increasingly started working on and with Japan. As an EU foreign policy analyst by profession, I specialise in EU-India relations and in Public Diplomacy. It is through these professional lenses that I have been mostly experiencing Japan, thus far.

As a Public Diplomacy professional, I am a keen observer of how countries implement their soft power, traditionally defined as ‘the ability to alter the behavior of others to get what you want (… by) attracting and co-opting them’. While soft power has a great variety of variations, the most common tools tend to be culture, people-to-people interaction and public diplomacy. However, the results generated can be vastly different.

While I have not (yet) performed a comparative analysis of Japanese soft power, let me share a couple of observations that stem from my experience as a Public Diplomacy expert and having worked for, analysed or been exposed to Public Diplomacy undertaken by the United States, Italy, the EU, India, Israel and China over the last 15 years.
Soft power is often carried out by promoting a certain vision, or trademarks, of the country. For example, in the Indian case, it is yoga, while for Italy it is food, the la dolce vita lifestyle and ‘Made in Italy’, synonymous with luxury. Sometimes, when soft power isn’t that effective, the resulting trademark becomes negatively associated, for example in the case of ‘Made in China’ – often perceived as something being low quality and mass produced.
In the global imagination, when you think about Japan, you think about punctuality, reliability, and organisation, but also advanced technology, neon lights, Studio Ghibli, manga, anime, karaoke, green tea flavoured KitKats, video games and, of course, sushi!
However, what strikes me the most, is the capacity to transform an initial interest and attraction to a particular country based on cultural interaction into political understanding. But breaking cultural silos is not easy. For example, few Sanskrit scholars are active analysts of contemporary India. However, this doesn’t seem to be the case with Japan, as I’ve encountered several analysts of contemporary Japan who were first attracted to Japan through its vast and shining cultural output. Japanese soft power has been capable of attracting the interest of foreign scholars initially through culture, to then bridge the gap with current affairs.
This is particularly true in the ongoing evolution of relations in the Indo-Pacific, and on horizontal issues, such as connectivity. A large audience is aware of the Japanese strategy for the Indo-Pacific (FOIP) and its principles. It is indeed quite difficult to efficiently communicate your own policies and Japan can be satisfied with the results it has achieved. Indeed, I have observed similarities in India.
My personal experience with Japan actually started with current affairs, as I have been working with Japan in the context of geopolitics of the Indo-Pacific. To my initial surprise, I have found the Japanese position and its understanding of the role of the EU in the Indo-Pacific relatively different from the position I had been exposed until then, that being India’s. This was a refreshing (as well as a necessary) exercise to help me grow and understand better the geopolitics of the region I’ve devoted my professional life to.
I value the clarity of strategy and objectives provided during my interactions with Japanese colleagues, which allows for better and more streamlined cooperation. In concrete terms, it seems clear that Japan doesn’t always consider the added value of a preferential treatment with the EU institutions over bilateral cooperation with EU Member States (even if the reasons for such preference can often be shared!), especially in foreign policy and security cooperation. This is an area of vast potential, where both the EU and Japan have expressed an interest in principle for enhanced cooperation.

Our work as foreign policy analysts will be to identify areas for concrete cooperation and help facilitate a closer EU-Japan relationship. I hope to play an active role in this process and I look forward to working further with Japanese colleagues and to steep myself just that little bit more in the magic of Japanese culture.
Read More
Post your comments