The Endless French Taste for Manga and Anime. 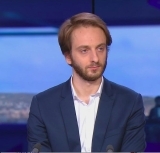 By Pierre Fregonese
January 20, 2023
Share
Tweet
Last April, France Télévisions and the BBC Studio France, with the support of the radio network France Bleu, the newspaper Le Parisien, and TikTok, launched for the very first time a large-scale campaign to determine the “French People's Favorite Book”. They invited people aged seven and over to freely nominate their three favorite books on the website ftvetvous.fr/livrefavori. The last list published in November indicated 25 books. Among these books, there were the most popular French and English-language novels – The Little Prince, The Count of Monte Cristo, or Harry Potter -, but also four manga: Dragon Ball, One Piece, Berserk, and Attack on Titan.

The appetite of French people for Japanese culture in all its form is not something new and can easily be traced back to the late 19th Century. However, the most popular cultural product, namely manga, skyrocketed. Of course, following the anime’s success and acceptance in the 1980s / 1990s, this format was already very popular. Nevertheless, the manga sales have been booming in the last few years. According to GfK Market Intelligence in partnership with the Angoulême International Comics Festival, reported that one in four books sold in France in 2021 was a comic book, and one in two sold comics was a manga. Manga sales have soared with around 47 million copies sold and a turnover of 353 million euros; it doubled the 22 million record of 2020. The 2021 top 10 comics featured seven manga: Naruto 1, 2 & 3, Demon Slayer 1 & 2, One Piece, and My Hero Academia 1.

Demand has never been higher, how to explain it? The health situation combined to curfews, lockdowns, perhaps frustration of having to stay in France instead of travelling to Japan, fostered this fascination. As a matter of fact, the French government launched the Culture Pass in 2021, which first allowed 18-year-olds, then later teens aged 15-17, to spend up to €300 on arts, theatre, music, books... Designed to promote culture in all its diversity, it has clearly emerged that manga was the first beneficiary of this policy, notably Koyoharu Gotōge’s manga Demon Slayer: Kimetsu no Yaiba. The pass was even given the name of “Manga Pass” by French medias.

Despite an overriding interest for shōnen, the diversity of the reader should be noted: casual reader, passionate reader and collector, men and women, young and middle-aged people… To meet the demand, and in addition to the existing publishers, new specialized ones appeared and some of them demonstrated all the potential of high-quality publications: Mangetsu with Junji Itō’s works at the forefront. Eventually, there is the progressive adaptation of the consumer to the digital manga services and the success of media-mix reinforced by transmedia storytelling.

One Piece, One French Crew

The best example of the phenomenon is undoubtedly the overwhelming success of One Piece, a pirate’s tale created by Eiichiro Oda and first published in the Weekly Shōnen Jump in 1997. One Piece is the world’s bestselling manga with over 490 million copies sold throughout 58 countries. French population has purchased 31,8 million copies of the manga, and the volume 100 itself was produced in 250,000 copies in 2021 - a record figure for a manga in Europe. One Piece Film: Red, the last film, premiered in Japan but also in France on August 6th, 2022. Despite the aftermaths of the pandemic on French cinema following lockdowns and curfews, this much awaited movie was a real box-office hit with 972,774 tickets sold in France.

In addition to these staggering numbers, imagery and symbols from One Piece form a part of a whole generation of young French people. This was most recently illustrated during a significant event on November 19th, 2022. A real football match between “streamers” from France and Spain gathered 20,000 spectators at the Jean-Bouin stadium in Paris and up to more than a million viewers thanks to the 24 cameras installed everywhere. The French team welcomed Inoxtag, one of the most followed French streamers on video platforms and social network services (SNS) with over than 5.78 million subscribers on YouTube and 2.3 million followers on Twitter. To celebrate his entrance on the pitch, the 20-year-old streamer replicated Luffy’s iconic Gear 2 move, and his gesture has been shown around the world – even Japanese people themselves have been commenting this action on SNS.

Even the President Emmanuel Macron himself has used One Piece to build a fresh cultural diplomacy between France and Japan, as well as a digital communication towards the French youngsters. Indeed, the President has been trying to convince this new emerging electorate by regularly referring to the manga on SNS. By way of example, he showed off a special original artwork offered by Eiichiro Oda in July 2021 and this illustration was exhibited at the Elysée Palace during European Heritage Days in September 2021. A further example is when he tweeted a picture with a hidden 100th volume of One Piece underneath a stack of books (De Gaulle, Hélène Carrère d'Encausse and Hubert Germain) on January 31st, 2022, when the French government decided to extend the Culture Pass benefits to teens aged 15-17. Following each of these publications, #OnePiece was trending on Twitter. On SNS, Emmanuel Macron also promoted works as Katsuhiro Ōtomo’s manga and film Akira, Hajime Isayama’s manga Attack on Titan, Hiro Mashima’s manga Fairy Tale, and one of the most beloved and punitive Japanese videogames, Dark Souls directed by Hidetaka Miyazaki, after meeting a number of these artists at the occasion of an official visit for Tokyo 2020's opening ceremony in summer 2021.

Undoubtedly, France devotion to manga and anime teaches us two key lessons. First, winning hearts and minds is an indirect process where the legitimacy of one’s culture should be determined by another one. Second, soft power is not a zero-sum game, and benefits of influence are often shared at least by two different countries. By loving and promoting manga and anime, France contributes to Japanese influence as well as its own influence – two of the clearest instances are the Japanese-inspired French manga and the French comics related to manga, as Goldorak published by Kana in October 2021 as a tribute to UFO Robot Grendizer and supported by Go Nagai himself. Finally, there will be as many manga as Franco-Belgian comics at the 50th anniversary of the Angoulême International Comics Festival next January.
Post your comments

Q&A With Åsa Ekström: How a Woman from Sweden has established Herself as a Manga Artist in Japan